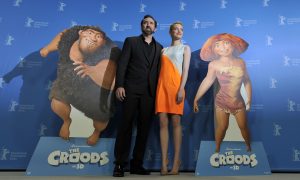 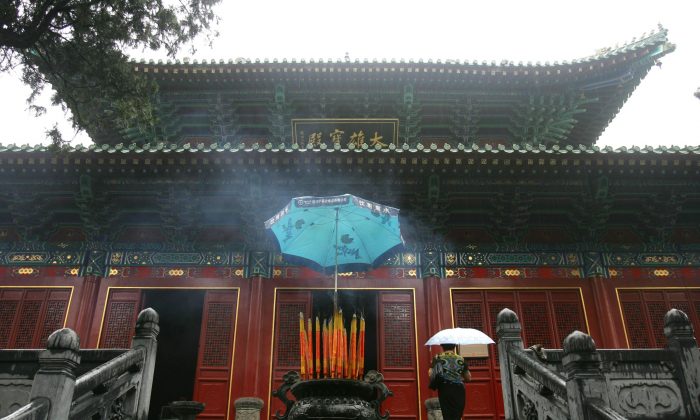 Dengfeng, CHINA: A tourist walks to a shrine at Shaolin Temple on Songshan Mountain, in Henan Province, on Aug. 25, 2006. The Temple was built in AD 495 and is considered the birthplace of Shaolin Kung Fu. (China Photos/Getty Images)
China

Beware: Top 9 Tourist Sites in China for Being Swindled

The Chinese website Nine Headlines recently published a blog post listing the top nine money swindling tourist spots in China. The information was based on comments and reviews provided by Chinese netizens.

The Shaolin Temple on Mount Song in Henan Province, founded in the fifth century, is reputed to be “the Number One Temple under Heaven.” It is famous for its association with Kung Fu martial arts and is a UNESCO world Heritage Site.

According to netizens, this Buddhist temple is no longer as sacred as it used to be. At the main hall of Shaolin Temple, the thinnest stick of incense found in the incense burner has a diameter thicker than a man’s arm, and the biggest stick of incense has a diameter wider than a large bowl and is about four foot tall. “It’s obvious that they are not burning incense, but burning money,” the review said. “After signing your name, the head monk allows you to light up a stick of incense. You will be shocked to learn that one stick costs between 600 and 6,000 yuan (US$98 – $980).”

Yangshuo County in northeastern Guangxi Province, known for its picturesque landscape, is one of China’s most popular tourist destinations. However, male visitors should be wary about friendly encounters with attractive local women.

According to netizens, going for a “special drink” at a Casino with a beautiful woman may sound innocent enough, but you may be taken to the cleaners. The special drinks are generally a mix of Sprite and Coca Cola, with a price tag of 100 to 200 yuan (US$16 – $32). In addition, there are special service fees ranging from 600 to over 3,000 yuan (US$97 – $490), and you won’t be able to leave without paying.

Mount Emei is one of the Four Sacred Buddhist Mountains of China. It is located in Sichuan Province and is the location of the first Buddhist temple built in China. It is also traditionally regarded as the place where Bodhisattva Samantabhadra attained enlightenment.

But like Shaolin Temple, the sacredness of Mt. Emai has been contaminated by commerce and greed in recent years. Small three inch Buddha statues are sold for the so-called consecration ceremony for 80 yuan.

If you want a consecration ceremony, you need to first burn incense, which costs 60-190 yuan. There are also people who offer to take pictures for you at 15 yuan per picture or 90 yuan for a set. After you finally enter the Hall and meet the “Master” monk, you need to pay another 50 yuan per person. After paying, the “Master” monk will tell you to kneel and wait for the blessing.

Laoshan Mountain, also called Mount Lao, is situated east of Qingdao City, near the East China Sea. It is famous for its majestic scenery and its long affiliation with Taoism. Many temple structures have been built at this site.

If you travel there, be on the watch for fake tour guides as you may be taken astray and end up in a room, surrounded by seven or eight “Taoist priests,” who will give you a blessing, telling you that you will have prosperity in the future. If you accept the blessing, you will need to pay a bit. They will present a donation book containing names of donors and the amounts they donated–no less than 1,000 yuan (US$163). You will be asked to add your name in the book and also make a donation.

Don’t want to donate? The priest will not be happy, and the outcome may not be good. You may suddenly realize the benefit of the saying, “Losing some money to avoid a disaster.”

5. Xishuangbanna: Don’t Get Taken On the Bridal Path

Xishuangbanna is an area in the south of Yunnan Province, noted for its tropical rain forests and rare plants and wildlife. It is the home of numerous ethnic groups, including the Dai people, who still live by their village traditions and adhere to their folk custom ways.

Netizens say that tourists are often tricked or even dragged into so called bridal chambers, and you won’t be able to leave without paying. From 50-100 yuan is the norm. They also won’t give any change, so make sure to give them the exact amount.

6. Ming Dynasty Tombs: Pay to Enter and Pay to Exit

Located 30 miles north of Beijing are the thirteen Ming Dynasty imperial tombs, dating from the 15th century. The site was carefully chosen by Emperor Yongle in accordance to feng shui principles to keep evil spirits away. A road named Spirit Way leads to the complex.

Netizens lamented that even in the Imperial City you are not safe from tour guides taking advantage of you. They tell you that since you are entering the Imperial Tombs, your presence might disturb the spirits there, and burning incense will assure safety and peace. But you need to buy incense for everyone in the family, and it’s 100 yuan per person.

7. Dali: All That Glitters Is Not Gold

Dali City in Yunnan Province has an ancient history. Its old city dates to the Ming Dynasty and has many historic sites.

Dali is also famous for the many types of marble it produces, which are used to make many decorative objects as well as jewelry. But be careful when buying jewelry in Dali. Many cunning salesmen try to befriend tourists, then con them into buying fake jewelry and objects. These items can have price tags in the tens of thousands of yuan, but turn out to be fake and worth only a couple of dollars.

8. Bashang Plateau: Getting Off the Horse Can Be Hard

The Bashang Plateau in Hebei Province is part of Inner Mongolia. Horseback riding is the most popular tourist activity on the vast, flat, grassy plateau, but the cost can be steep.

The basic cost is generally around 40 yuan (US$6.50) per hour, but the time starts ticking before you even touch the horse. When you finally mount the horse, 10 minutes have already lapsed. The horse owner will then lead the horse very slowly. If you want the horse to run, you pay extra. Also, it’s often hard to get off the horse, as the owner will lead the horse and you around for 2-3 hours before returning. It’s not unusual for a tourist to be charged hundreds of yuan for the ride.

Taishan Mountain, also known as Mount Tai, located in Shandong Province, is one of China’s “Five Great Mountains.” It has been a place of worship for thousands of years, but the locals can be quite fierce.

As a tourist on Taishan, you need to be very careful. Taishan locals may demand money from you if you take pictures. Arguing with them is considered disrespectful, and you may be scolded or threatened. There are many reported cases of tourists having been beaten and injured. The same can be said for some hotels and inns on the mountain, and you are advised to pay what is asked for and not argue, or else there may be unpleasant repercussions.