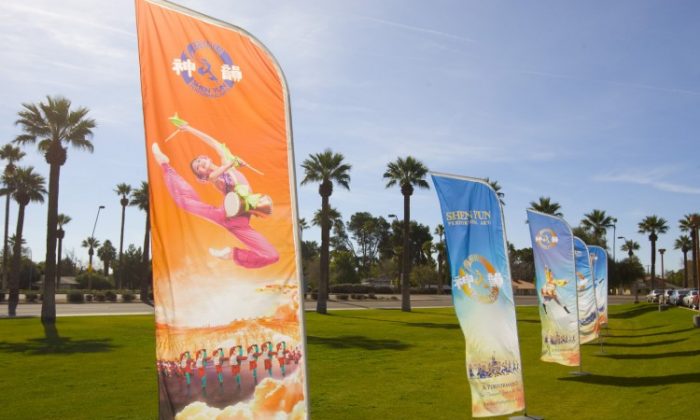 Tourism Executive and Author: Shen Yun is ‘Art with meaning’

PHOENIX—Shen Yun Performing Arts was welcomed to ASU Gammage by a packed house of cultural aficionados on Jan. 29. Among those in attendance was Rick Cibik, General Manager of Fort McDowell Adventures, one of Shen Yun’s sponsors in Phoenix.

Mr. Cibik was impressed with the performance. “It was wonderful, I really enjoyed it. The production is brilliant,” he said. He added that the costumes and dancing were both beautiful, and so were the colors. “I was really impressed with all the visuals—the backdrops. They were just beautiful colors and very impressive,” he said.

Shen Yun is a New York-based classical Chinese dance and music company, and each year it creates an entirely new production, including choreography, exquisitely detailed costumes, and a digital, animated backdrop that brings to life China’s vast, multitudinous landscapes, along with 5,000 years of myths and legends.

Mr. Cibik particularly enjoyed the dance Joyful Little Monks. In this piece, the audience has a chance to peek in on young apprentice monks as they enthusiastically go about their chores.

Although Mr. Cibik said that the entire performance was unique, he felt that the dances depicting the persecution of Falun Dafa practitionerts was “what made the show so special.”

Appreciating the deeper significance of the evening’s performance, he said: “It’s not just entertainment, there’s meaning—people trying to live their dreams and have their spiritual life and be free to choose. And they can’t do that in their own country. The fact that the cast can’t perform in their own native country is crazy, it’s absurd.”

Mr. Cibik was referring to the fact that Shen Yun is not currently allowed to perform in China because of its content about the persecution of Falun Dafa.

He added that he would recommend Shen Yun to anybody.

“It’s beautiful, entertaining—I would recommend it to anybody that enjoys and appreciates good art, and art with meaning,” he said.

Mr. Cibik is a member of the Fountain Hills/Fort McDowell Visitors Bureau, Scottsdale and Phoenix Convention and Visitors Bureaus, and is a past-president of the Arizona chapter of the Society of Incentive and Travel Executives.