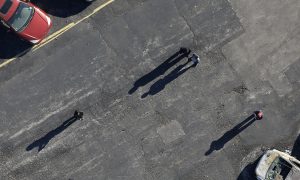 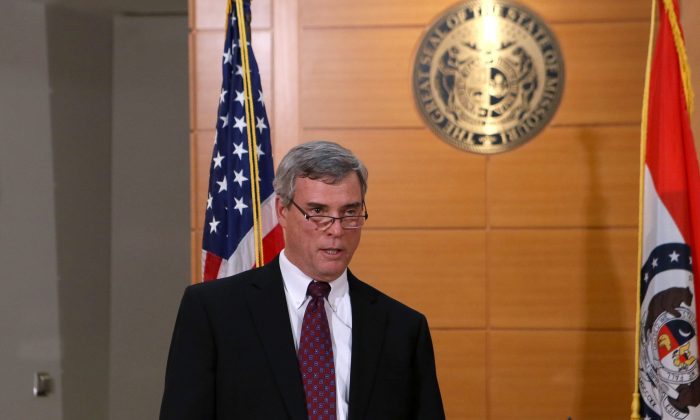 Tough to Make a Case Against Police in Shootings

WASHINGTON—A Missouri grand jury’s decision not to indict a policeman for the killing of Michael Brown illustrates the difficulty of bringing criminal charges against officers in fatal shootings and points to the likelihood of a similar outcome for a federal civil rights probe of the case.

The panel concluded Monday that the Aug. 9 shooting of the unarmed black 18-year-old was legally justified and that no charges were warranted against Officer Darren Wilson. That outcome is by far the norm rather than the exception in investigations of police shootings because of latitude afforded law enforcement in using deadly force.

The Justice Department is continuing to investigate the shooting for potential civil rights violations. But federal investigations of police shootings face an even tougher legal standard, requiring proof that an officer willfully violated a victim’s civil rights. Testimony from Wilson that he felt threatened, and forensic evidence suggesting a tussle between the two in the officer’s patrol car, almost certainly complicates any efforts to seek federal charges.

“Federal civil rights crimes are more difficult to prove than at least some of the crimes” contemplated by the grand jury, he said.

The jurors’ decision makes the Ferguson case the latest in a long line of police shooting investigations to affirm an officer’s right to use deadly force when he believes he’s at risk of imminent physical harm. Even though it’s usually easy for prosecutors in types of other cases to secure an indictment, police shootings are an exception because of reluctance to second-guess an officer’s split-second decision.

The Supreme Court set the national legal standards that govern when lethal force may be used, holding in a 1989 opinion that the use of force must be evaluated through the “perspective of a reasonable officer on the scene” rather than judged in hindsight. That reasonableness standard, or what an officer perceives at the time, is “the law of the land,” said Ron Hosko, a former assistant FBI director and president of the Law Enforcement Legal Defense Fund.

States and police departments have developed their own policies on use of force, with officers trained in a continuum of appropriate responses depending on the seriousness of the threat.

In the Ferguson case, Wilson told grand jurors, the threat was real.

The shooting followed a skirmish that began when Wilson told Brown and a friend to move from the street onto the sidewalk. Wilson said he backed his vehicle up in front of Brown and his friend, but that as he tried to open the door, Brown slammed it shut, according to testimony released after the decision.

The officer said the two struggled through his open car window and that the teenager reached his hand through, punched him in the face and grabbed his service firearm. Wilson said he felt the need to pull his gun because he was concerned another punch could “knock me out or worse.”

The Justice Department investigation, as well as a separate review of the practices of the entire Ferguson police department, is moving along, Attorney General Eric Holder said Tuesday. He said the department was looking to conclude the inquiries “in a timely manner” to “restore trust” and foster cooperation between police and the community.

To make a federal case, the Justice Department would have to show that Wilson knowingly used more force than the situation called for. That’s an easier case to make when an officer kicks a handcuffed man who poses no threat than when an officer shoots a man he believes might kill him.

And in past high-profile shootings, that bar has been hard to clear.

The department found insufficient evidence to bring civil rights charges the 1999 shooting of Amadou Diallo, an African immigrant who was unarmed when he was killed in a fusillade of bullets by New York City police officers who mistakenly thought he was pulling out a gun from his pocket.

Also in New York, federal authorities investigated but did not bring charges in the 2006 fatal police shooting of Sean Bell as he was driving away from his bachelor party at a club in Queens. The officers had seen Bell’s friends arguing with another patron outside and said they thought Bell’s group planned a drive-by shooting.

More recently, federal prosecutors declined this year to charge officers who fatally shot an unarmed woman with a baby in the back seat of her car after a high-speed car chase from the White House to the U.S. Capitol.

But clearing an officer of criminal charges is not necessarily an affirmation that he did everything right. And it does nothing to address underlying problems within a police department. Apart from the Ferguson shooting, the Justice Department is investigating the whole department for potentially discriminatory patterns.

Even though police are legally empowered to use deadly force when appropriate, an officer’s perception of danger can be strongly influenced by the race of a suspect, particularly in a community like Ferguson, where an overwhelmingly white department patrols a majority-black city, said Lori Lightfoot, a Chicago lawyer who used to investigate police shootings for the department there.

“Take any environment you live in — if there’s not diversity in your workplace, that is a void in your experience,” she said.