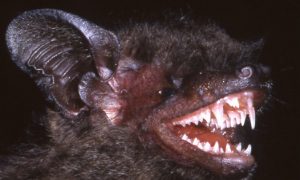 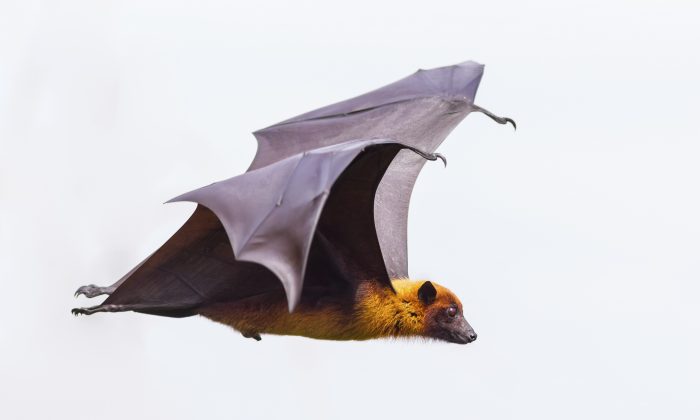 Scientists discovered an array of sensory touch receptors in bat wings—a significant number of which are clustered at the base of tiny hairs that cover the appendages. (kajornyot/iStock)
Science

Bats are able to fly with such breathtaking precision because their wings send data about even minuscule changes in airflow to their brains.

It is the bats’ sense of touch—keyed to highly sensitive sensor cells in those wings—that provides the information, researchers say.

The findings may help design aircraft better able to negotiate obstacles by sensing and adjusting to air turbulence.

How communication between the wing-based receptors and neurons in the brain enable a bat to make split-second flight adjustments as it hunts its prey is explained in a new paper in the journal Cell Reports.

“Until now, no one had investigated the sensors on the bat’s wing, which allow it to serve as more than a propeller, a flipper, an airplane wing, or any simple airfoil,” says neuroscientist Cynthia F. Moss, one of the paper’s senior authors and a professor of psychological and brain sciences at Johns Hopkins University. “These findings can inform more broadly how organisms use touch to guide movement.”

Researchers studied the big brown bat, a common species found throughout North America. Bats are the only mammals capable of true powered flight, able to reach speeds of 7 to 20 mph with the sort of aerial maneuverability humans only wish they could engineer.

The team found that the evolutionary process that allowed bats to form wings resulted in unusual tactile circuitry that not only enhances control during flight but also allows bats to use their wings to climb, cradle their young, and capture insects.

First, they discovered an array of sensory touch receptors in bat wings—a significant number of which are clustered at the base of tiny hairs that cover the appendages. That placement of these touch cells, both lanceolate endings and Merkel cells, allows a bat, while flying, to sense changes in airflow as air ruffles the hairs.

When the team stimulated these hairs with brief air puffs, neurons in the bat’s primary somatosensory cortex responded with precisely timed but sparse bursts of activity, suggesting this circuitry helped guide bats during fast, dynamic flight.

Also, the innervation of bat wings—the supply of nerves to and their distribution in the wings—is unlike that of other mammal forelimbs.

The findings lay the groundwork for understanding how bats use sensory information to fly with precision in the dark and catch prey midair, researchers say.

Researchers from Columbia University and the University of Maryland collaborated on the study.

The Air Force Office of Scientific Research, the National Institute of Neurological Disorders and Stroke, and the Columbia Skin Disease Research Center funded the work.