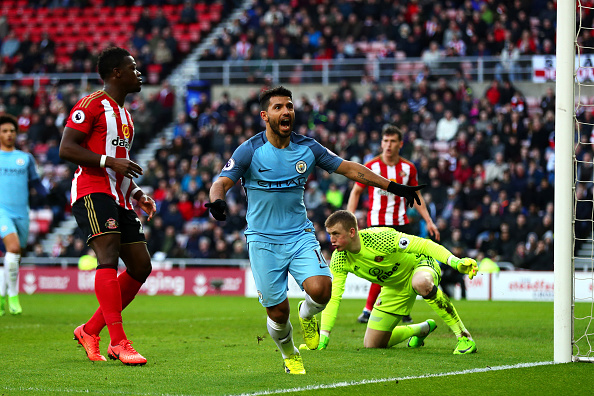 With Chelsea not playing their weekend game with West Ham until Monday night, it was up to the chasing pack to make inroads into their lead from their weekend games in order to put pressure on the leaders. In Saturday’s games,

Manchester United failed to turn their territorial and second half numerical advantage into a win, being held 1-all by 10 man Bournemouth, despite taking a first half lead. United could not convert any of their many chances, highlighted by the penalty miss from last week’s EFL cup star Zlatan Ibrahimovich.

Meanwhile, Liverpool won their top 6 battle 3-1 to temporarily move to third on goal difference. Manchester City won their Sunday game with Sunderland 2-nil to move back above Liverpool, whilst Spurs won 3-2 against Everton courtesy of 2 goals from Harry Kane and one from Dele Alli, against goals from Lukaku and Valencia for Everton.

Chelsea lead the table with 63 points, with Tottenham second with 56 points, Manchester City third also with 55 points (with a game in hand), Liverpool are fourth on 52 points, Arsenal fifth with 50 points, and Manchester United still in sixth with 49 points. Chelsea, Arsenal and United are on 26 games, to the others’ 27. Chelsea can restore their 10 point advantage with a win in their derby game at West Ham, but still have matches to play against the two Manchester teams during the remainder of the season.

The relegation battle saw a significant demarcation appear with Leicester City winning their second consecutive game 3-1 at home to Hull City, Swansea prevailing 3-2 against Burnley after suffering setbacks with a dubious penalty award against them, and 3 strikes of the woodwork, and Crystal Palace gaining a valuable away win at West Bromwich.

With Middlesbrough suffering a 2-nil reverse at Stoke City, Bournemouth , Leicester City and Swansea now have 27 points, Crystal Palace have 25, and a one win cushion before the 3 teams filling the relegation places, Middlesbrough on 22 points, Hull City on 21 points, and Sunderland in bottom place with 19 points.

In the Championship race to gain automatic promotion to the Premier League, Newcastle United ended a good week by winning 3-1 away at third placed Huddersfield Town, following their midweek win against second placed Brighton & Hove Albion, who also suffered a 3-nil defeat at Nottingham Forest. Newcastle now boast a 5 point lead ahead of Brighton at the top of the table.