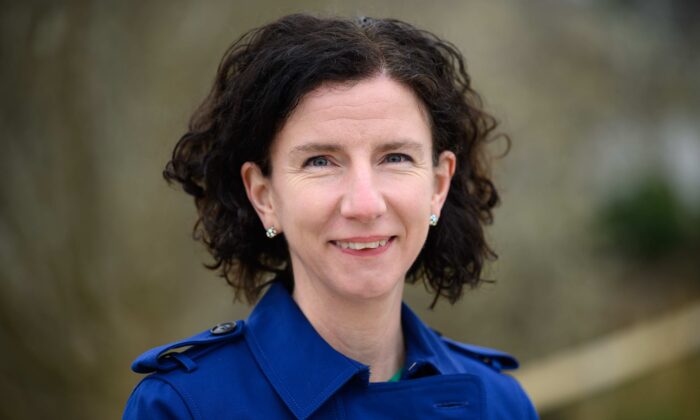 The UK’s Labour Party said on Wednesday that Conservative MPs have received more than £1.7 million ($2 million) in consultancy fees this year.

In the latest “Tory sleaze” accusation, Labour Party chairwoman Anneliese Dodds said 50 Conservative MPs—around one in seven—have been “taking money from outside interests.”

Delving into Parliament’s Register of MPs’ Financial Interests, Labour’s analysis showed that Conservative MPs have received a total of £1,712,357 in consultancy fees this year.

Redwood is expected to commit 50 hours each month to his main consultancy job and three hours each quarter for another job, according to the most recent register.

There is no suggestion that any of the MPs concerned broke any parliamentary rules, but Dodds said this shows “there is something rotten at the heart of [Prime Minister] Boris Johnson’s Conservative Party.”

She urged Johnson to “show leadership, heed Labour’s call to ban MPs from having paid directorships and consultancy roles, and put an end to Tory sleaze.”

The claims came after Johnson warned MPs they must obey Westminster rules regulating their outside interests if they want to continue taking second jobs and that those who failed to do so should be “punished.”

MPs who are not ministers are allowed to moonlight as long as they register their financial interests.

More than 200 MPs—nearly one in three—have declared additional earnings in the past year, including rental income, book royalties, payment for surveys and articles, consultation fees, solicitor fees, and income from being part time doctors and nurses.

Some of the more lucrative second jobs have been held by lawyers, including Labour Party leader Sir Keir Starmer, who has earned more than £100,000 ($134,000) in addition to his salary for being an MP since 2015. There’s no suggestion that he broke any rules, and Starmer said he had stopped doing second jobs since becoming the party leader last year.

Labour called for a formal investigation on Wednesday after media reported Sir Geoffrey Cox, a Conservative MP and former attorney general, used his parliamentary office for his second job as a lawyer.

According to a report by The Times of London, Cox used his office in the House of Commons in September to participate remotely in a meeting to advise the British Virgin Islands over a corruption probe launched by the Foreign Office.

Cox’s office said the MP “does not believe that he breached the rules but will of course accept the judgment of the Parliamentary Commissioner or of the committee on the matter.”

According to Parliament, having MPs with a diverse range of professions was preferable than a “Parliament composed entirely of full-time professional politicians,” which the Committee on Standards in Public Life in 1995 said “would not serve the best interests of democracy.”

Most MPs were expected to have another job, which they carried out before starting in the Commons at 2:30 p.m. However, the custom has become increasingly controversial as consultancy and lobbying jobs became common.

Business Minister Paul Scully told LBC Radio on Thursday that he believes “it is right that MPs are able to have second jobs … But wrongdoing—paid advocacy and the like—needs to be absolutely stamped out.”

Speaking to broadcasters on Thursday morning, Chancellor of the Exchequer Rishi Sunak said that “with regard to second jobs, there’s an independent process that we have that’s set by Parliament that governs all of those things. And it’s absolutely right that that process is followed to the letter.”