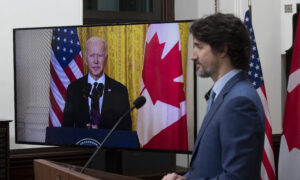 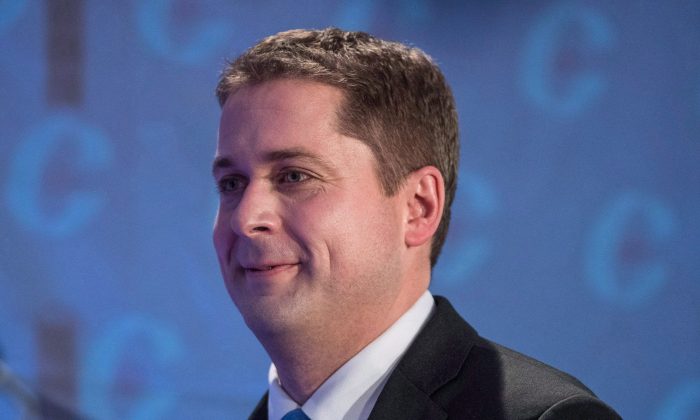 Scheer released a statement on Jan. 3 urging the celebrity businessman and reality TV host to formalize his candidacy and participate in the Quebec City event on Jan. 17.

“If Kevin wants to run, it’s time to fish or cut bait,” Scheer said. “It is not acceptable to stall or delay in order to avoid the French-language debate.”

He says it’s obvious O’Leary wants to join the race and that he has an obligation to all French-speaking Conservatives to take part in the debate.

Some Conservatives believe it is essential that Stephen Harper’s replacement has the ability to speak French. O’Leary doesn’t speak the language and has stated he doesn’t need to in order to communicate with Quebecers.

It is not acceptable to stall or delay in order to avoid the French-language debate.
— Conservative MP Andrew Scheer

Meanwhile, leadership candidate Lisa Raitt has launched an assault on two prominent rivals she fears could destroy the party if elected—O’Leary and confirmed candidate Kellie Leitch.

Raitt says she’s confident Canadians will return the Conservatives to power in Ottawa if the party selects a principled leader who offers sensible policies.

But Raitt says Leitch and O’Leary promise divisive and negative political agendas that will only serve to divide Conservatives and scare away potential converts.

She has launched a website, StopKevinOLeary.com, to highlight her concerns about both O’Leary and Leitch. She calls O’Leary a TV entertainer with no filter and derides Leitch for embracing U.S. president-elect Donald Trump’s anti-immigrant message.

The deadline to register for the leadership race is Feb. 24, with the winner to be chosen on May 27. There are currently 13 candidates in the running for the job.