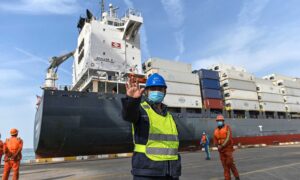 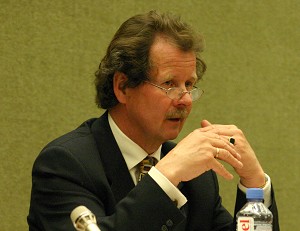 A mere eight months ago at a the United Nations Commission on Human Rights meetings, Chinese Communist Party (CCP) officials declared that China’s human rights record under their rule was the best it’s ever been. On December 2, the Commission’s Special Rapporteur on torture, Manfred Nowak, concluded a two week fact-finding visit to China to determine if this was correct. Instead, as he highlighted in a press release just prior to leaving Beijing, he found the truth: evidence of “widespread” torture and a penal system “incompatible with the core values of a society based upon a culture of human rights.”

Where Rule of Law Is Hard to Find

In his press statement, Nowak made a series of harsh observations about the lack of conformity of the People’s Republic of China (PRC) with the U.N. Convention against Torture, which the PRC was one of the first nations to sign back in 1988. Nowak’s findings, considering the magnitude of his mission and the short amount of time he had to complete it, are remarkable. They speak to the heart of what’s wrong with China’s judicial system—a scant window dressing that passes for the rule of law.

Some of the primary deficiencies noted by Nowak include:

Nowak also offered a lot of advice about reforming legal and judicial procedures. However, considering that the CCP already has an array of impressive-sounding regulations on the books—including prohibitions on torture itself—advice alone is unlikely to effect much change. Whether or not they’re heeded, looking at Nowak’s more pointed recommendations reveals how bad the situation truly is. They include:

The burning question: does the Chinese government care about Nowak’s report?” After all, in the end, the UN Commission on Human Rights has no power to implement such recommendations. The issuing of reports with no authority to impose sanctions can be best described as, “naming and shaming.”

Even this has value, however, since in the propaganda war, the CCP cares deeply about the U.N. visit. China’s legitimacy on the world stage is based upon the image it manufactures, and this includes the validity of its assertion about a positive human rights record, despite obvious evidence to the contrary.

Accordingly, at a Dec. 6 press conference, a foreign ministry spokesperson, Qin Gang, categorically denied Nowak’s findings. “China cannot accept the so-called conclusion that torture is widespread,” said Qin, going on to criticize Nowak for hasty assumptions based on a two week visit to only three cities. Never mind that successive U.N. Special Rapporteurs have collectively waited nearly a decade for such a visit to even take place.

We can imagine that if the report had been favorable, the length of stay wouldn’t have been an issue. Perhaps it indeed surprised Qin that Nowak could draw such damning conclusions after the CCP’s attempts to hamper Nowak’s work. According to Nowak, his team faced a variety of obstructions including being put under surveillance and witnesses being aggressively prevented from meeting with him.

“As far as we know, no police prevented family members of people who are detained from meeting the Rapporteur,” countered Qin. “Nobody followed Nowak or his activities.”

Business as Usual During Visit

Qin’s story is hard to swallow considering that textbook examples of Nowak’s charges occurred during the U.N.’s visit. First, an award-winning human rights lawyer, Gao Zhisheng, who met with Nowak on his China visit, had his practice permanently closed by authorities the same day of Nowak’s Beijing press conference. Gao had sent an open letter to China’s president and vice president condemning, in particular, the state-sanctioned torture of Falun Gong practitioners. Second, a policeman raped two women as an apparent part of their “re-education” process.

The first case points to the tight-fisted control exerted by the CCP over the “justice” system. For example, “show trials” are the norm, according to Canadian lawyer Clive Ansley, the first foreigner to open a law practice in Shanghai. He tried more than 300 cases over 14 years and described how proceedings appeared real, but the verdict was never decided by the presiding judges. They were rendered by a backroom panel of CCP members who knew virtually nothing about the cases.

Lawyers are also routinely silenced, and ordered not to defend certain prisoners, including Falun Gong practitioners and other religious or political dissidents. When Lizhi He was arrested for mailing letters to friends explaining that Falun Gong was being unjustly defamed by the CCP, the first lawyer his wife found for him had his license revoked, and the second was intimidated, with his family placed under surveillance.

For the throngs sent to forced-labor camps, called Laogai, there aren’t trials at all, says Han Guansheng, a former governor of two prisons and four hard labor camps. “Those who were detained in the labor camp had not been through any legal process. Their detention was based on the national detention rules and determined solely by the police. That made it possible for labor camps to abuse human rights,” Han told Australia’s Dateline in an Oct. 5 expose of abuses in the Laogai system.

Han recently defected to Canada to escape a system that forced him, as he explained in his resignation letter to the CCP, “to keep on struggling between [his] duties and [his] conscience.”

The appalling rape cases typify the consistent and systemic nature of torture and abuse in China, and how it is used to “break” people. Both women in question are Falun Gong practitioners. Falun Gong cases are unique in that detainees can achieve immediate respite from their torment by signing a standard “3 Statements” document, officially renouncing their beliefs. Further rewards can be obtained by converting other detainees to toe the party line.

In the case that occurred during the U.N. envoy’s visit, Zhuozhou City police abducted the two victims, Ms. Liu Jizhi, 51, and Ms. Han Yuzhi, 42, from their respective homes. Both women had experienced repeated harassment and detention at the hands of the authorities, as well as had money extorted from them, simply for practicing Falun Gong. In this instance, prior to the rape, police reportedly threatened one of the women with financial bankruptcy should she continue to practice Falun Gong. Clearly, they meant to “convert” her.

Perhaps the rapist, policeman He Xuejian, had been told that he must be particularly effective at re-educating people that day. Perhaps he had been told that he would receive a cut in pay if he wasn’t successful. Perhaps he had not been meeting his quotas for “transforming” detainees, and was angry. Perhaps he was personally feeling particularly libidinous or power hungry. Irrespective, he was able to rape two women in succession with another policeman in the room, and to do so with impunity.

The women were left physically violated and psychologically traumatized, and police further degraded them afterwards by making them clean the police station and wash police vehicles.

This perfectly illustrates Nowak’s findings documented in his press release, about how the PRC’s practices of re-education at labor camps, pre-trial detention centers and prisons “go well beyond legitimate rehabilitation measures and aim at breaking the will of detainees and altering their personality. Such measures strike at the very core of the human right to personal integrity, dignity and humanity…”

Unfortunately, as Nowak demonstrates, such cases cannot be dismissed as isolated incidents or the sick whim of local police being given much rope in the handling prisoners. These practices are far too consistent and pervasive for that. They come from the top in a sanctioned, systematic fashion, as could only be the case in a system as rigidly hierarchical as communist China.

Mr. Zhang Mengye, a former classmate of Chinese President Hu Jintao’s who recently escaped from China, had been a professor until he was arrested for practicing Falun Gong. Zhang explained how his high-profile arrest warrant came from the very top.

Can the system be reformed? How could it be if it depends upon the good will of the very architects of abuse? Rule of law and human rights may be enshrined in the PRC constitution, but that’s only on paper, not in reality. Countless victims can attest to that—given the chance.

Kudos to the UN for calling it like it is.

This article was developed with material from Reuters.