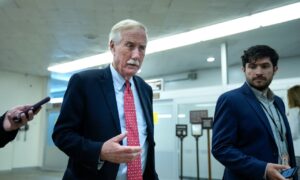 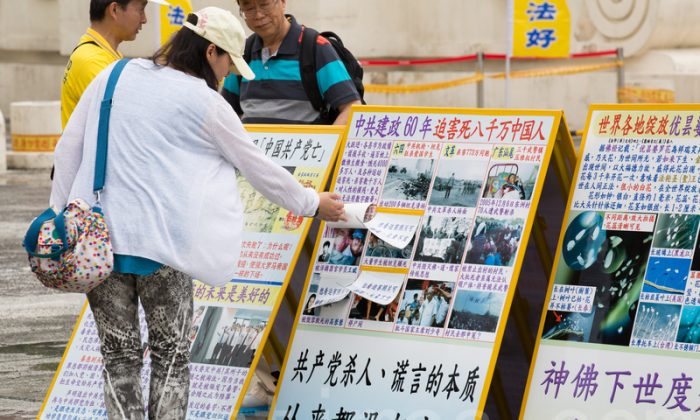 NEW YORK–The emergency-room death of Gao Rongrong was neither accidental nor unnoticed. Four days after she died, Chinese embassies around the world were the sites of mass appeals.

On June 16, accountant, Ms. Gao Rongrong died due to years of torture and abuse inflicted upon her because she practiced Falun Gong. Falun Gong, a peaceful meditation practice, is banned in China and persecuted by the Chinese Communist Party (CCP).

“This exposed how Falun Gong practitioners in China are being brutally persecuted, and the unscrupulous means used by the CCP outside of China,” said Sue Zhang, while standing in front of a Chinese consulate in Vancouver, Canada. “Today, we are here to protest against the Chinese government for torturing Gao Rongrong to death. We also call on the Canadian government to pay attention to the persecution of Falun Gong.

Prior to Ms. Gao’s death, human rights organizations and activists used photos of a scarred Gao to expose the CCP’s abuse of its own people. The pictures show Gao lying in a hospital bed with more than half of her face scarred by the shocks of electric batons.

“After I heard she was missing then I didn&#039t have a very good feeling,” said Ms. Lucy Zhou, a New Yorker who volunteers at a Falun Gong “anti-torture” exhibit in Manhattan. Zhou often displays the pictures of Ms. Gao to raise awareness about the persecution of Falun Gong in China.

According to a press release from the New York-based Falun Dafa Information Center (FDI), while Gao&#039s corpse was lying at Wenguantun Funeral Home in Shenyang City, Liaoning Province, Chinese authorities were trying to pressure Ms. Gao&#039s family into cremating her body to destroy evidence of torture and abuse.

Former Chinese police officer, Hao Fengjun said in an interview with The Epoch Times, “To my knowledge, they [Chinese authorities] usually claim the cause of death to be illness or suicide, because they rarely allow the family to see the body. They cremate it right after the practitioner dies. The police can easily obtain a death certificate from the hospital that says, ‘This person died from illness,’ or ‘This person committed suicide.'”

The photos of Ms. Gao Rongrong’s disfigured face and efforts by Falun Gong practitioners and human rights organizations also caught the attention of some of the CCP’s highest-ranking officials. High-level Chinese official Mr. Luo Gan immediately executed an order to prevent any more news of Ms. Gao from appearing in public, according to FDI.

Falun Gong activists say that the photos of Ms. Gao&#039s face at anti-torture exhibits may shock many passersby and infuriate CCP officials. But for every case like Ms. Gao’s, there are thousands of other Falun Gong practitioners, pro-democracy activists, Tibetans, and Muslims in Chinese labor camps whose fates are unknown.

“She’s become very famous. Before she died, if she had the chance to leave China, she may have exposed what they [Chinese authorities] did to her and she would have exposed more information- more of the evil things that the Chinese government does to persecute Falun Gong,” said Ms. Zhou.