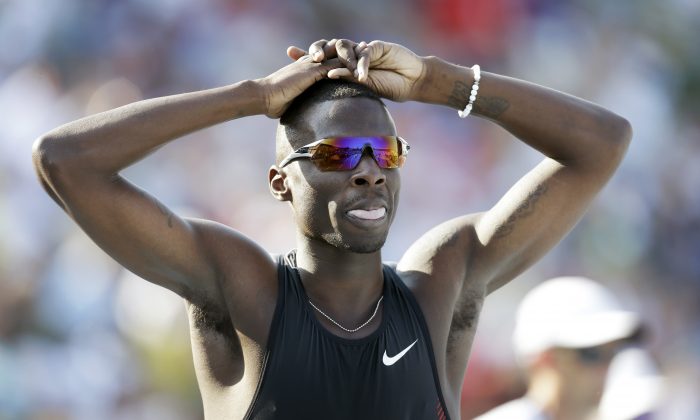 CORDELE, Ga. — Former University of Georgia 400-meter standout Torrin Lawrence died Monday morning in a car accident as he made his way home to Jacksonville, Florida. He was 25.

Crisp County Sheriff Billy Hancock said Lawrence was traveling along Interstate 75 about 1:40 a.m. when a tire blew out. Lawrence got out of the car to make a phone call when a tractor-trailer came over the crest and struck the car, knocking the vehicle into Lawrence.

Hancock said Lawrence was on his way to Jacksonville after training in Athens, where he won an NCAA indoor title for the Bulldogs in 2010. The accident happened about 90 miles from the Georgia-Florida state line.

Lawrence graduated from Georgia with a degree in sociology in May 2013 after a record-setting college career.

“In speaking for the UGA track and field community, I am shocked and pained with news of Torrin’s death,” Bulldogs head track coach Wayne Norton said on the school’s website. “First, my prayers for comfort are for Torrin’s mother and family. Second, this makes me reflect on Torrin and remember him as one of the greatest talents I have ever seen.”

Lawrence ran for the United States in the opening round of the 4×400 relay at the IAAF World Relays in Nassau, Bahamas, two months ago. The team went on to capture the gold medal.

Earlier this month, Lawrence turned in a personal-best outdoor time of 45.32 seconds at a meet in Belgium.

“We were devastated to learn of Torrin’s passing early this morning,” USA Track and Field CEO Max Siegel said. “Torrin represented USATF with pride and passion, and had an incredible future ahead of him. We join those who will miss him deeply.”

— Sprinter Allyson Felix: “Sad to hear about the passing of Torrin Lawrence. My prayers go out to his family & friends. We lost a talented member of our track family.”

Lawrence was represented by Claude Bryan, whose company had a post on its website that read: “Torrin exuded the type of dignity, deportment and care for others not readily seen in today’s youths. Extending our condolences to the family … A person that departs from this earth never truly leaves, for they are still alive in our hearts and minds; through us, they live on. Torrin will not be forgotten. R.I.P. Torrin Lawrence!”