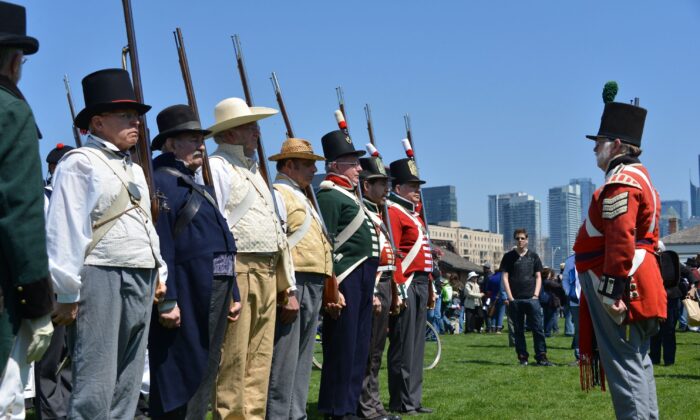 A military re-enactment unit wearing War of 1812 uniforms at the Fort York National Historic Site on the 200th anniversary of the Battle of York, in Toronto on April 27, 2013. (Canadapanda/Shutterstock)
Viewpoints

Toronto’s Fort York Is Under Attack Again. This Time It’s an Inside Job 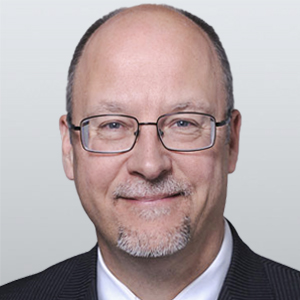 For nearly 70 years, visitors to Fort York in Toronto have been greeted by the trill of fifing, the beating of drums, the crash of muskets, and the boom of cannon. These authentic 19th-century sounds, along with the colourful sight of red-coated soldiers of the Fort York Guard, have brought Canadian history to life for countless tourists and residents alike.

The most significant episode recalled by these costumed re-enactors is the Battle of York when, during the War of 1812, 1,800 American troops landed near what is now Sunnyside Beach and overwhelmed a few hundred British, Canadian, and indigenous defenders. The invaders went on to capture Fort York, loot the town—then the capital of Upper Canada, now Toronto—and burn several public buildings, before leaving five days later.

Today, Fort York is under attack once again. But it’s not American soldiers the fort’s defenders need worry about. This time it’s being attacked from within, by “decolonizers” intent on erasing the foundational elements of our country’s own history.

Fort York is one of many historic sites across Canada that feature staff in period military dress for the benefit of tourists. This includes the famous Fort Henry Guard in Kingston, Ontario, and the Halifax Citadel’s 78th Highlanders in Nova Scotia. More than merely educational devices, these units are powerful branding assets and often featured in travel ads in Canada and around the world.

What explains this sudden lack of civic support for something that’s been a part of Toronto’s summers since 1955? It can’t be budgetary. The volunteer group shoulders a large share of the Guard’s modest budget and it thus costs the city a pittance. A more likely reason concerns a recent and radical change in how Toronto’s museums view Canadian history.

Toronto’s 10 history museums, including Fort York, are guided by a strategic plan that is quite different from traditional strategic plans for museums, in that it has almost nothing to say about history or historical artifacts. Rather, it is obsessed with “decolonizing” the entire museum system. According to the plan, the city’s museums, “tend to privilege the white male experience and ultimately reinforce Euro-centric ableist narratives of patriarchy, exploitation, colonization and heteronormativity.”

This is an opinion shared by Armando Perla, the city’s new chief curator. “Institutional racism and the upholding of white supremacy is…a structural problem that is pervasive in the museum sector across the country,” he wrote prior to assuming his new position in January. “Museums and universities, some of the whitest institutions in the western world, have been tools in the maintenance and dissemination of colonial thought.” The solution, said Perla, lies in “dismantling a system that oppresses us.” Perla’s training, by the way, is as a human rights lawyer rather than a historian.

Where once museums were repositories of history as it actually occurred, today they’re being used to actively dismantle our past in the furtherance of progressive identity ideology. And from this perspective, it seems entirely logical to conclude the demise of Fort York’s famous red-coated, Euro-centric, patriarchal, colonial-era Guard is just one more step in this dismantling process.

First came demands for the renaming of public buildings when some claimed to be offended by the original honoree. Then came the vandalization, destruction, and removal of public monuments and statues across Canada. Now, historical animators who bring Canada’s colonial past to life for the benefit of tourists may be the next antique shoe to drop.

But this raises the question of how one “decolonizes” the history of a colonial country like Canada. It is plainly absurd to try to tell the story of the Battle of York from the perspective of our modern era’s fixation on identity. The War of 1812 was a very significant event in Canadian history at a time when what is now Canada was merely a set of colonies and trading concessions. And it was the “lived experience” of the people on the border at that time, mainly settlers of European origin, soldiers of European origin, and indigenous peoples.

Canada today may be a very different and far more diverse country than what it was in 1813, but we should be capable of accepting and celebrating our new reality without feeling the need to destroy all evidence of what came before. It is, in fact, impossible to fully comprehend the wonderfully accepting nature of modern Canada without an appreciation for the rich historical legacy from which it sprang. And that should include the Fort York Guard.

A longer version of this story first appeared at C2CJournal.ca

Larry Ostola
Follow
Larry Ostola was director of Museums and Heritage Services at the City of Toronto.