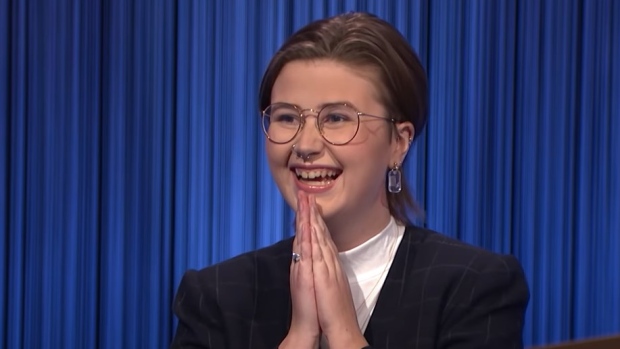 File-Nova Scotia’s Mattea Roach has clinched a spot in the Tournament of Champions after winning her fifth game on Jeopardy! on April 11, 2022. (Jeopardy!)
Canada

Who is now a nine-time “Jeopardy!” champ?

The 23-year-old originally from Nova Scotia won the popular TV quiz show again Friday night, adding another $28,001 in winnings for a total of $210,802 US.

The “Final Jeopardy” category of “Academy Award Winners” secured Roach’s victory with the clue “In 2019 he won his first competitive Oscar, 36 years after a Student Academy Award for a film about a Brooklyn barbershop.”

Roach moves on now to try for win number 10 on Monday.