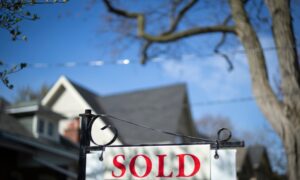 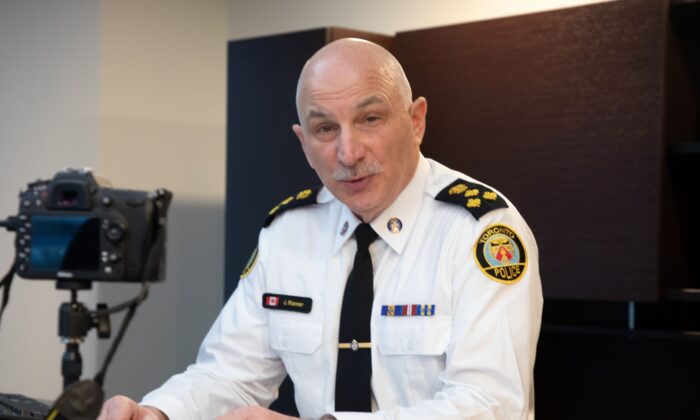 Interim police chief James Ramer is seen in his office at Toronto headquarters on Dec. 16, 2020. (The Canadian Press/Colin Perkel)
Canada

TORONTO—A veteran police officer has died after he was struck by a vehicle in “an intentional and deliberate act” that left another officer injured, Toronto police said Friday.

Ramer said the 31-year veteran of the service was intentionally struck by a vehicle after responding to a 911 call for a robbery in progress.

“He loved his job and went in to do that job every day and despite the dangers that we occasionally face he continued to do that job to the best of his ability,” said Ramer.

A female plainclothes officer was injured and sent to hospital but has since been released, he said.

Ramer said one suspect has been arrested and police will provide an update when charges are laid.

Toronto Mayor John Tory said the hardest part of his job is when tragedy strikes the city.

“Nothing can prepare any of us, the people in the city of Toronto, the rest of the members of the police service, for news like this,” he said. “I begin, on behalf of the three million people who our police officers serve, by extending to the family of officer Northrup our deepest condolences.”

“That’s to his wife, and to his children, and to his mother, and all the member of his family and his friends.”

Ontario Premier Doug Ford also offered his sympathies to those close to Northrup.

“I’m terribly saddened to hear the tragic news of Const. Jeff Northrup who was killed in the line of duty,” tweeted Ford. “Jeff served his community for 31 years. My deepest condolences to his wife, three kids and the entire Toronto Police Service. We are with you mourning this devastating loss”

The Toronto Police Association said it’s attending to Northrup’s wife and children and asks that the public respects their privacy.

Ramer said that Northrup had been training new officers until April, when he requested to return to the major crimes unit.

“Despite 31 years on the job he was eager to do that,” said Ramer. “It speaks to the kind of officer he was and the dedication that he had that it was at this stage of his career that he was going into the major crime unit.”