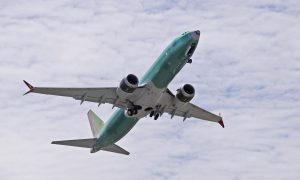 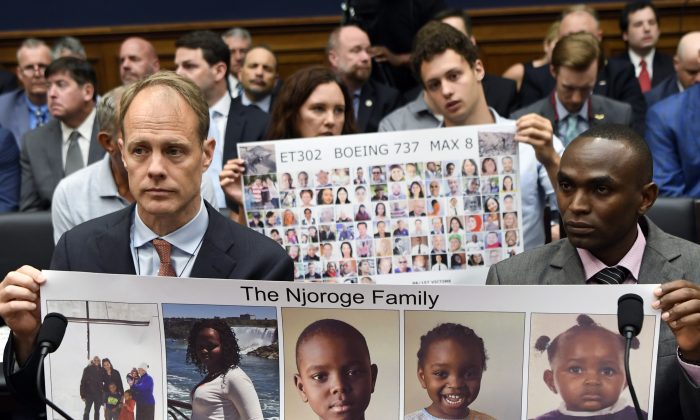 A Toronto man who lost his family in the crash of a Boeing 737 Max jet in Ethiopia called Wednesday for a stronger aircraft approval process in the U.S. and said more people would die if that type of plane was allowed to fly again.

“If Boeing’s wrongful conduct continues, another plane will dive to the ground,” he told the panel.

The Nairobi-bound Ethiopian Airlines plane crashed just minutes after takeoff on March 10 near Addis Ababa, killing 157 people on board—eighteen of the victims were Canadian citizens and several others were foreign nationals living in Canada.

The crash came five months after a fatal crash off the coast of Indonesia involving another Boeing 737 Max.

Njoroge, who was born in Kenya and now lives in Toronto, was one of the first relatives of the 346 passengers in the two crashes to testify before Congress. He lost his wife, son, two young daughters, and his mother-in-law in the Ethiopian crash.

“I think about their last six minutes a lot. My wife and mom-in-law knew they were going to die. They had to somehow comfort the children during the final moments, knowing they were already lost,” Njoroge said. “I wish I was there with them.”

Njoroge’s family, including his six-year-old son Ryan, four-year-old daughter Kelli, and nine-month-old daughter Rubi, had been on their way to visit relatives in Kenya.

“My family’s flesh is there in Ethiopia, mixed with the soil … and pieces of the aircraft,” he said.

Njoroge and other family members of the passengers are calling for a new top-to-bottom review of the Max, for pilots to get new training and for the Federal Aviation Administration to be reformed. The U.S. regulator certified the Max and declined to ground it after the October crash.

It’s not currently clear when the Max will be certified to fly again.

Boeing created a flight-control software to address the Max’s risk of having an aerodynamic stall, but reports show that the software pushed the nose of the plane down in both crashes. Boeing did not tell pilots about the software until after the first crash in October.

Njoroge said he believes the company hid the existence of the software to cover up a design flaw. He said Boeing’s top executives should resign and face criminal charges over the Ethiopian crash.

“Their leadership should change in favour of engineering safety focus,” he said.

Boeing CEO Dennis Muilenburg has repeatedly publicly apologized to families of the passengers. Earlier this month, Boeing said it would provide an initial investment of $100 million to the families.

Njoroge, who is part of a collection of lawsuits against the company, said he had not received a personal apology and hoped Boeing executives will meet with family members.

He recalled being alone this past Canada Day and shared how he couldn’t stop thinking about the crash.

“I was buried in my little house, in my grief, hearing the sounds of celebration and fireworks in the sky,” he said. “All I could think about was the 737 Max struggling to gain height and eventually diving into the ground.”