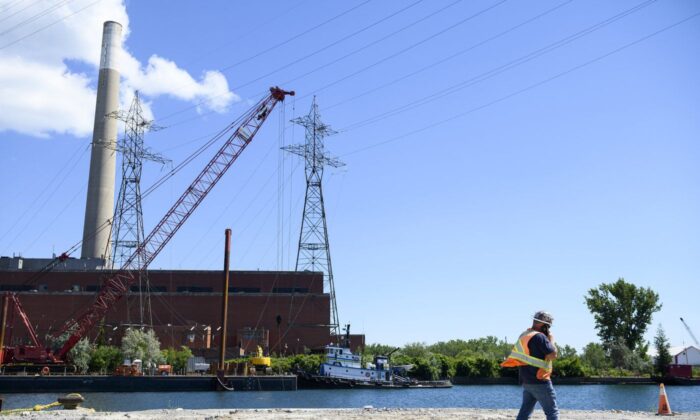 Emergency workers monitor the site of a collision between a barge carrying a crane and power lines in Toronto, on Aug. 11, 2022. (The Canadian Press/Christopher Katsarov)
Canada

Toronto Hydro and Hydro One say power has been restored to remaining customers after a large swath of the city’s downtown core lost power, leaving office buildings, a major mall and a university campus without electricity.

In posts on Twitter Thursday, the utilities announced the power was back on and thanked people for their continued patience.

Earlier in the day, Hydro One said a crane on a barge had hit high-voltage transmission lines in the Port Lands area.

A Toronto Hydro spokeswoman said the outage, which hit around 12:30 p.m., affected approximately 10,000 customers, and power was restored to half of them by 6 p.m.

The City of Toronto says it has launched a full investigation into what happened.