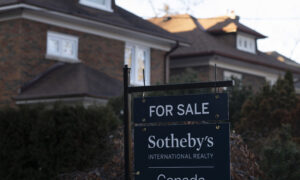 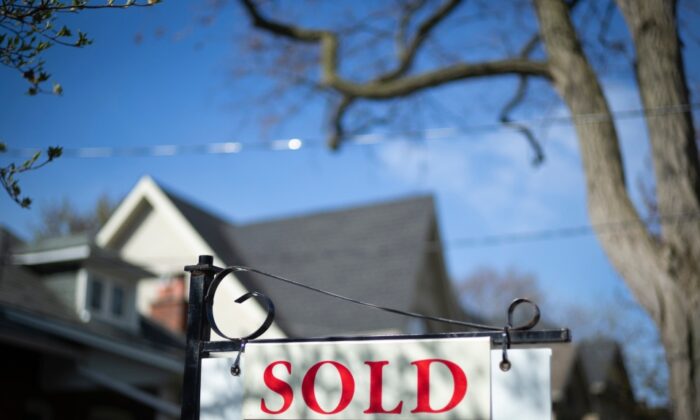 A real estate "sold" sign is shown in a Toronto west end neighbourhood on May 17, 2020. (Graeme Roy/The Canadian Press)
Canada

Toronto Home Sales up 97% in March, Prices up as Demand Outstrips New Listings

TORONTO—Home prices in the Toronto area continued to climb in March while sales were almost double that of the same month a year earlier, when the rapid spread of COVID-19 led to widespread economic shutdowns, the Toronto Regional Real Estate Board reported Tuesday.

The sales growth was so dramatic because it compares with March 2020, when the first economic effects of the pandemic took hold and both buyers and sellers were wary of the market.

Those fears have long since dissipated. Realtors and housing agencies have reported a flurry of sales—surpassing many of their most optimistic predictions—since the start of the year.

They say the number of people willing to purchase now will likely more than make up for last year’s low periods.

In the first 14 days of March, there were 6,504 sales this year, up 41 percent from how many were sold during that time period last year.

Splitting the month in two is significant: the first half of March 2020 looked relatively average, but restrictions enacted after the pandemic was declared by the World Health Organization on March 11 rapidly sent home sales plummeting.

A year on, available inventory hasn’t caught up to the number of people seeking new homes, putting pressure on prices.”While the robust market activity is indicative of widespread consumer optimism, it is also shedding light on the sustained lack of inventory in the GTA housing market, with implications for affordability,” she said.

The most dramatic price increases were seen in detached housing, where the average price was up by 26.6 percent to hit $1,402,849.

Condos saw the smallest growth in prices. The average condo price climbed by 2.6 percent to $676,052.

“With sales growth outstripping listings growth by a large margin, including in the condo market segment, competition between buyers in some market segments and the potential for double-digit price growth could continue without a meaningful increase in the supply of homes available for sale,” said TRREB chief market analyst Jason Mercer in a release.