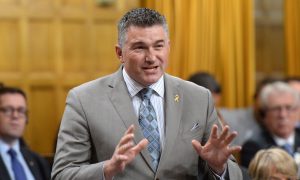 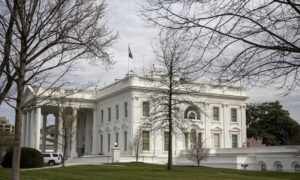 A Chinese landowner is executed by a communist soldier in Fukang, China. (Public Domain)
Canada

The global impact of human rights violations under China’s communist regime and how China’s economy affects Canada are is just two of several topics being discussed at an upcoming forum in Toronto.

The book covers the history of communism, the damage it has wrought, and how it has spread since it first appeared in the Soviet Union 100 years ago.

After the fall of the Berlin Wall in 1989, the communist alliance of the Soviet Union and the Eastern Bloc soon collapsed. With the Cold War ended, it seemed as though communist ideology was facing its demise and the remaining communist countries would fall at any moment.

However, according to an Epoch Times editorial about the book, “the original decree of communist ideology and communism—with a facelift—have continued to wreak havoc on the world.”

“Countries have openly declared that they are socialist nations, including China, North Korea, Cuba, and Vietnam. Many other countries in Africa and South America have ruled under the guise of a republic or a democracy but are in fact practising socialism. What’s more, there are also countries in Europe and North America that are not aware how their values have been eroded by communism.”

The editorial describes the essence of communism as a spectre that aims to “destroy mankind through the destruction of people’s culture and morality.”

“This book is dedicated to every single person who cares about mankind’s destiny,” the editorial says.

The Toronto launch is for the Chinese version of the book; the English version will be published soon.

Speakers at the forum are Conservative MP Peter Kent, a former journalist who covered major communist-related events such as the Vietnam War and the collapse of the Berlin Wall; Prof. Frank Xie, the John M. Olin Palmetto Chair Professor in Business at the University of South Carolina Aiken; and former senator Consiglio Di Nino, a leader in the Canadian-Italian community who has assisted the Canadian-Chinese communities affected by political persecution.

Also speaking are author and historian Michael Bonner, whose research includes Iranian history as well as the history of Asia and communism, and Sheng Xue, a writer, political commenta­tor, and advocate for human rights in China.

Other themes explored by the speakers include the nature of communism and how it has affected people and society in China, methods China uses to influence Canada, and the implications of 300 million people having quit the Chinese Communist Party and its affiliated organizations and how that bodes for China’s political future.