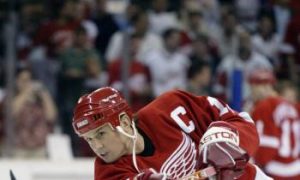 Toronto City Councillors Talk About Their Plans for the Coming Year

[xtypo_dropcap]T[/xtypo_dropcap]he Epoch Times asked the newly elected Toronto city councillors how things are going at City Hall with their new council, and if they thought they will be able to carry through with campaign promises. This is what some of them said.

Ana Bailão is a fist time councillor but worked at City Hall before taking office. She said the election showed voters wanted change, but that doesn’t mean the new council is going to be divided.

“At the end of the day, I believe that all Councillors only wish to act in the best interest of their ward and their residents, and it is this that unites Council's efforts above all else.” Whether that means things are going well so far, she didn’t say.

But Bailão is encouraged by what constituents and others have been telling her so far, and she says they care about their city and want to see it improve.

“I am looking forward to working with everyone to make sure that the residents of my Ward are heard.”

“It’s an exciting time for Toronto right now. We have a new Mayor and in just the first week we have already approved significant changes,” said long time Councillor Frances Nunziata. She says the new budget the council just passed will increase accountability and transparency.

“We have finally eliminated snacks for meetings of council and community council, and this is just the beginning.”

The upbeat veteran said she is looking forward to the revised plan for Transit City, the vote to cancel the Personal Vehicle Tax, and the move to trim councillor and mayoral office budgets, which could happen as soon as the next council meeting.

“There is going to be a lot of positive change at City Hall and the way our City is run; it’s a great time for Toronto.”

Jaye Robinson is a rookie councillor and fourth-generation Torontonian with 20 years experience working at city hall.

She described the first week as interesting, and said the real work is starting.

“The new Council is one that is filled with many new bright lights, and I am excited to have a chance to work with them to make positive changes within our city,” she told The Epoch Times.

She said it will be important to focus on issues residents are concerned about and that her constituents want the new council to get along and get things done.

Robinson explained that the budget, transit and traffic are big priorities, “but bridging the gap between Council and residents is also an important aspect of my role.” Perseverance will be key to getting the work done, she said.

“A proactive, productive, and positive approach will only bring positive outcomes.”

First-time Councillor Gary Crawford is a long-time volunteer with a lengthy list of community services.

He said it has been busy so far, but things are going well.

“My office staff has spent the last week getting organized for the new term. The first city council meeting went reasonably well. There is indeed a lot of passion, care and concern over how this city is governed and run.”

He has high expectations about getting things done and said he wouldn’t have run for office if he thought otherwise.

“I am confident that the goals and vision I have set out for myself, the people I represent in Scarborough Southwest and the City will be met and I will be working hard to achieve that.”