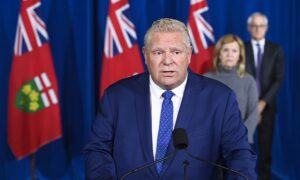 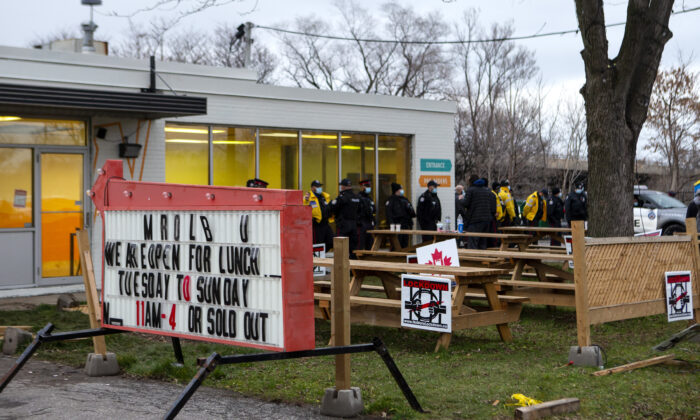 The city of Toronto is asking the owner of an Etobicoke barbecue restaurant to pay $187,000 in costs it incurred when police tried to enforce COVID-19 lockdown orders at his business last year.

In November 2020, Adam Skelly, the owner of Adamson Barbecue, flouted the city’s COVID-19 restrictions that prohibited bars and restaurants from providing dine-in services. Toronto police called on the business multiple times in attempt to enforce the rules, and Toronto Medical Officer of Health Dr. Eileen de Villa eventually ordered the closure of the establishment located on Queen Elizabeth Boulevard.

“The government is completely overreaching in an effort to close down small businesses and destroy our economy, and there seems to be a larger globalist agenda at play,” said Skelly.

On Nov. 26, 2020, a day after the restaurant was shut down, Skelly and his supporters sought to break into his establishment from an adjoining area separated by a wall and reopen for business. He was then arrested and charged with a number of criminal and non-criminal offences, including trespassing and obstructing the police.

Toronto city spokesperson Brad Ross told CP24 on Monday that the city had sent a “demand letter” to Skelly in December 2020 asking him to pay $187,000 in costs the city incurred in trying to to prevent him from reopening is restaurant.

Ross said that if Skelly refuses to comply, the city will pursue legal actions with the “next step,” which would be filing a formal statement of claim.

Skelly has raised roughly $335,000 through Go Fund Me, and has so far spent $10,000 on criminal proceedings, which he said should be “thrown out right away.”

“This is a civil issue, not a criminal issue,” Skelly said.