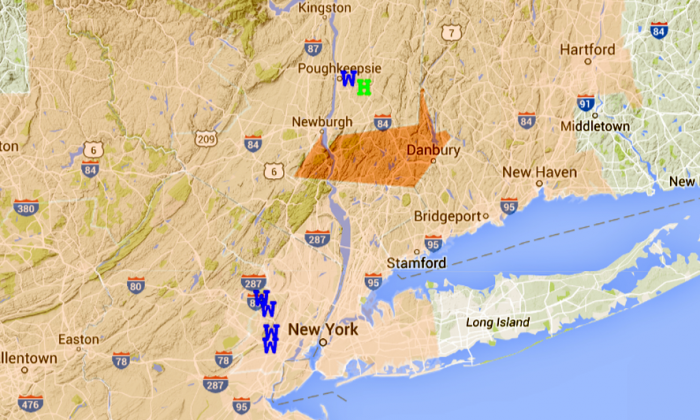 The National Weather Service has issued a tornado watch that is effective until 10:00 p.m. ET for several New York counties, including parts of New York City.

A severe thunderstorm warning had also been issued for until 5:15 p.m. ET for various regions in New York. The entire northeastern United States is supposed to be at risk for severe thunderstorms during Friday afternoon to evening, with the most violent storms possibility producing tornadoes.

Accuweather meteorologists advise residents to stay alert and stay indoors in the case of a storm.

Saturday and Sunday are expected to be sunny and clear in time for Independence Day weekend.

“Watch out for dark, rotating clouds,” the Weather Service says in the warning. “If you see one, take shelter immediately!”

The agency also listed a few things local residents should keep in mind during the tornado watch:

Listen for a tornado siren.
If you hear it, seek shelter immediately!
Turn on your TV/radio.
You’ll get the latest weather updates and emergency instructions.
Avoid unnecessary car trips.
You don’t want to be caught outside if a tornado comes.
Bring in outdoor furniture and other items that could blow away.
These may become a safety hazard.