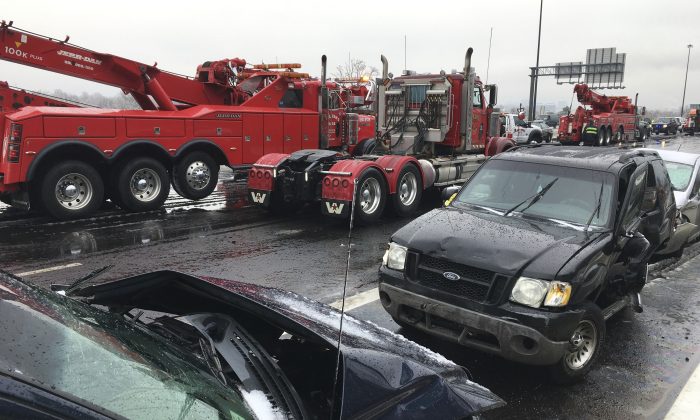 As temperatures plunge, a tornado watch has been issued for portions of six states in the Mid-South.

The Storm Prediction Center in Norman, Oklahoma, issued the watch until 9 p.m. Saturday for the eastern third of Arkansas, the western half of both Tennessee and Kentucky, the Missouri boot heel, and portions of northern Mississippi and southern Indiana.

The prediction center said there is a risk of severe thunderstorms Saturday afternoon in western Tennessee, northeastern Arkansas and northern Mississippi that extends into Kentucky.

The primary threat is damaging wind gusts, but large hail and tornadoes are possible.