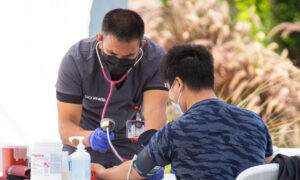 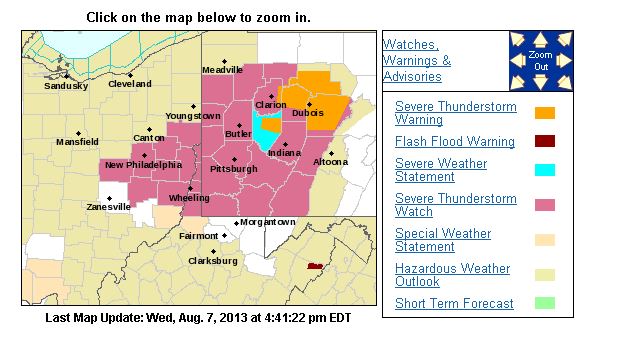 All tornado warnings are dismissed by the National Weather Service.

Severe thunderstorm watches and warnings (depending on the county) remain in effect in northeast Ohio and southwest Pennsylvania. See the first photo for specific information.

See a timelapse of the tornado warnings by clicking through the screenshots of the National Weather Service’s forecasts, and see photos below.

A tornado warning has been issued for southwestern Stark County, southeastern Wayne County, and northeastern Holmes County in northeastern Ohio on Wednesday.

A tornado warning was first issued for Stark and Wayne counties at 2:56 p.m. EDT and has been extended now for all these counties through 4:45 p.m. EDT.

Law enforcement officials may have spotted a tornado.

“Law enforcement reported a possible tornado,” said the National Weather Service around 3:30 p.m. EDT. “This possible tornado touchdown was located near us, Route 30 and Carr road near Riceland. This storm is moving east at 30 mph.”

The storm as of 3:51 p.m. was located 6 miles northeast of Holmesville and moving east at 30 miles per hour.

The storm as of 4:10 p.m. EDT was still being termed a possible tornado and was located near Wilmot, 13 miles northwest of Dover, moving east at 30 miles per hour.

Trained weather spotters reported high winds with trees and power lines down near Massillion, where the storm moved through earlier.

Police officers in Orrville spotted a funnel at about 3 p.m. near Route 30 and Carr Road.

The service said that the safest place to be during a tornado is in a basement, and if no basement is available, then people should seek shelter on the lowest floor of the building they are in, in an interior hallway or closet.

WKYC said that the number of households out of power are: