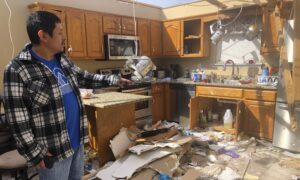 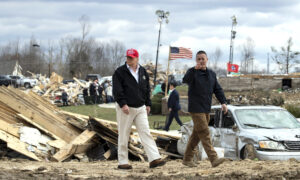 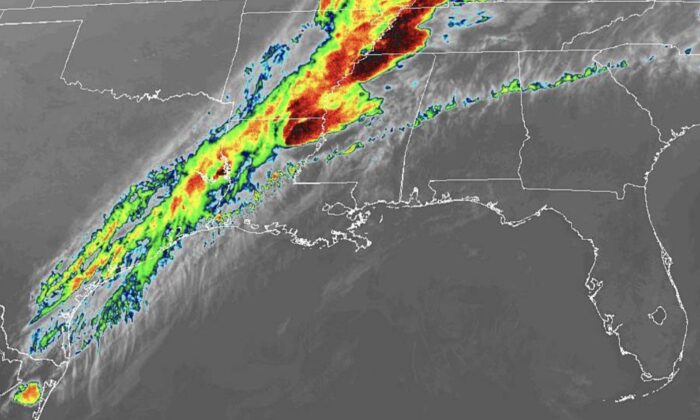 GOES Floater and Tropical Sector Shortwave-IR Imagery of the Gulf of Mexico on March 29, 2020. (NOAA)
US News

Jonesboro E-911 Director Jeff Presley told KAIT the Mall at Turtle Creek was damaged and authorities were conducting searches in the area.

Images posted on social media from the scene showed broken walls on the exterior of the mall, a house heavily damaged, several overturned vehicles, commercial buildings knocked down and debris scattered across parking lots.

There were no immediate reports on injuries in the town located about 130 miles northeast of Little Rock. KAIT reported the mayor ordered a 7 p.m. curfew.

The storm moved across Jonesboro around 5 p.m., according to a video posted by the National Weather Service in Little Rock.

Arkansas Gov. Asa Hutchinson said via his verified Twitter that he is “paying close attention to the report of a tornado hit in Jonesboro. I know there is property damage. Just praying all is safe.”

Severe weather had been forecast across the Midwest and Upper Mississippi River Valley on Saturday.

The National Weather Service’s Storm Prediction Center issued a rare “Particularly Dangerous Situation” tornado watch for parts of the Midwest through Saturday night. These storms, which could produce hail the size of baseballs or larger along with damaging 70-plus mph winds, threaten about 5 million people, CNN meteorologists said.

The states most at risk were Iowa, Missouri and Illinois. That’s where long-track, intense and multiple tornadoes could develop during the afternoon and continuing into the evening.

The weather service issued the first of several tornado watches for parts of Iowa, Illinois and Missouri Saturday afternoon and more serious tornado warning for Stuart and other towns west of Des Moines.

In a tweet, the weather service reported a funnel cloud with a brief tornado touchdown 6 miles southeast of Fontanelle moving northeast. No other details were available.

A tweet on Saturday from the weather service said some cities at risk of severe storms are Little Rock, Arkansas; Des Moines, Iowa; Louisville, Kentucky; Nashville and Columbus, Tennessee; and Madison Wisconsin.