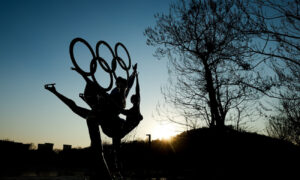 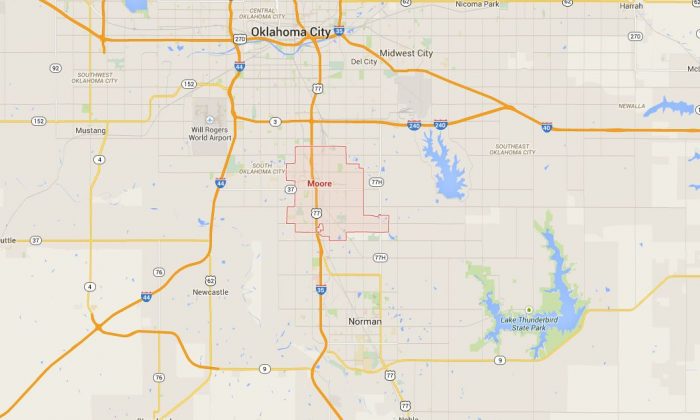 A tornado was reported near Moore, a suburb of Oklahoma City. (Google Maps)
US

Tornado Damages KOKC Radio Tower in Oklahoma, Splits it in Half

An amazing photo captured the aftermath of what a tornado did to a KOKC radio station tower in Oklahoma.

The tower was split in half, but the top part was seen dangling precariously.

KOMA is a radio station in OKC – #severe MT @PhilRoder: KOMA Tower in Moore bent over from the storm. from @kfor pic.twitter.com/MGd5sbHwFS

It’s not KOMA, it’s actually KOKC, according to local reports.

The radio station tower is located near Moore, a suburb of Oklahoma City.

Sirens went off at Moore, Oklahoma, where 24 people died in a top-of-the-scale EF5 tornado in 2013. Television coverage Wednesday evening showed a small twister on the ground. Another tornado was reported near the fairgrounds in western Oklahoma City.

There were reports of more damage done in Moore. It’s unclear if there were any injuries.

The tornado season usually ramps up for parts of the U.S. in March, but weather patterns funneled cold air into much of the country, depriving the atmosphere of the warm, moist air necessary for form bad storms for most of the month.

That all changed this week. Southerly winds pushed temperatures into the 70s and 80s across the Ozarks and Southern Plains, while weather fronts churned the air into Wednesday’s storms.