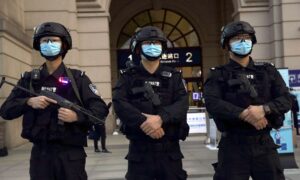 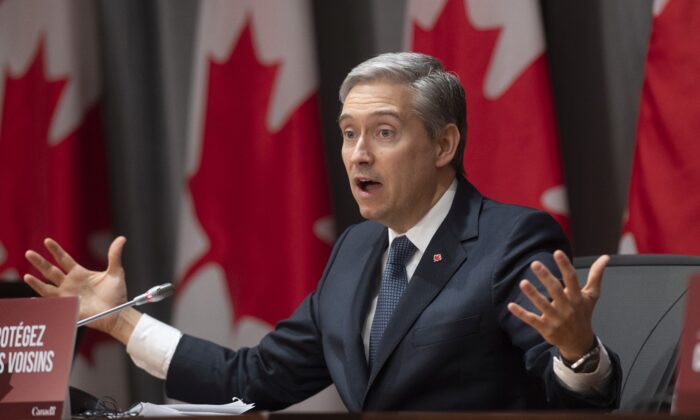 The Conservatives shadow minister for Canada-China relations says it’s important for Foreign Affairs Minister François-Philippe Champagne to appear before parliamentarians and answer questions related to his mortgage debt with the Chinese state-controlled Bank of China.

Reports surfaced last week that Champagne owes a total of $1.2 million to the Bank of China on two mortgages. Observers say such financial obligations to the Beijing regime makes Champagne vulnerable, and it’s imperative that he clarifies whether there is a conflict of interest.

Genuis brought up the issue at a meeting of the Special Committee on the COVID-19 Pandemic on June 15, in an intense exchange with Liberal House Leader Pablo Rodriguez.

Rodriquez responded by saying that the information about the mortgage is available online.

“The colleague [Genuis] is trying to connect the dots, and you know, I don’t know exactly where he is going from here, but everything is public,” he said.

Earlier, Conservative leader Andrew Scheer had asked Deputy Prime Minister Chrystia Freeland if she deems it appropriate to have “a minister of the crown owning an arm of the Chinese government over $1 million.”

Freeland defended Champagne, saying, “it has been clearly disclosed. Everyone is aware of it, including all relevant government agencies and our Ethics Commissioner, and Canadians have all the transparency they need.”

But Genuis says Champagne should show up before parliamentarians and answer for himself.

“When the minister owes over a million dollars to the Chinese government, people have a right to ask him questions. When will the minister of foreign affairs show up?” Genuis said.

On June 12, as members of the Special Committee on Canada-China Relations, Genuis and his fellow Conservative MPs Dan Albas, Leona Alleslev, and John Williamson wrote to committee clerk Christine Holke requesting an emergency meeting where Champagne would answer questions about his financial dealings, in addition to other matters pertaining to China such as Hong Kong and the global pandemic response.

“There are issues we need to deal with when it comes to China and foreign policy, such as foreign interference, and countries taking advantage of our free, open societies to undermine our security which can happen through universities and other institutions,” Genuis said.

The letter noted that “members of all opposition parties have made clear public comments expressing support for the return to operation of this committee. These members constitute a majority of the committee.”

Champagne’s office did not respond to requests for comment.