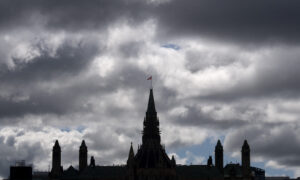 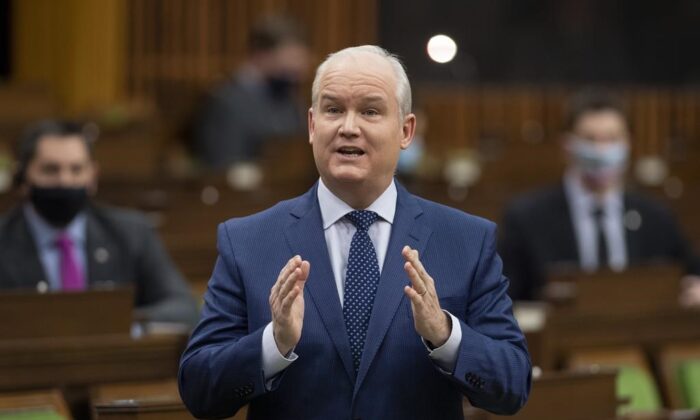 Leader of the Opposition Erin O'Toole rises during Question Period in the House of Commons on February 3, 2021 in Ottawa. (Adrian Wyld/The Canadian Press)
Canada

Tories Seek to Force PMO Staff, or PM Himself, to Testify at Commons’ Committees

OTTAWA—The federal Conservatives are seeking to use the power of the House of Commons to force senior Liberal staff—or the prime minister himself—to testify before committees.

They’re introducing a motion today aimed at getting three members of the prime minister’s staff before the ethics committee to provide more information on the WE Charity affair.

They also want the former chief of staff to the defence minister, who now works for another minister, to appear at the defence committee to shed more light on sexual misconduct issues in the Canadian Armed Forces.

The motion says, however, that if Prime Minister Justin Trudeau were to show up instead for at least three hours, the staffers wouldn’t have to.

The Conservatives have been trying to get those witnesses to committees but have been thwarted by the Liberals either talking out the clock or using procedural moves to thwart those efforts.

So the Tories now want to end-run that by putting the issue to a vote on the floor of the House of Commons itself, where the opposition can more easily outmanoeuvre the minority Liberals.