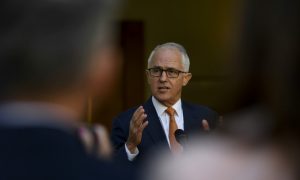 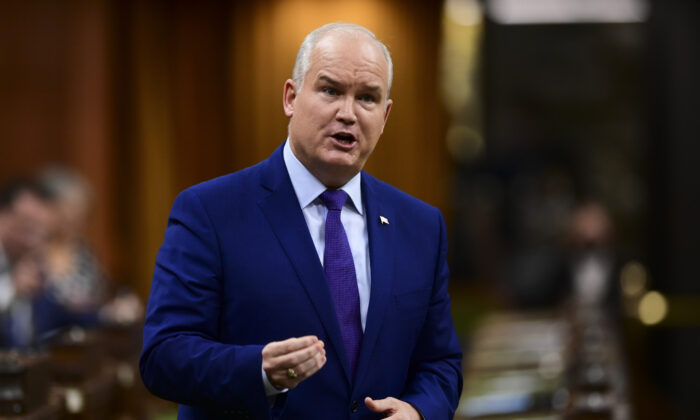 The Conservatives are pushing the Liberal government to make a decision on whether to ban Huawei technology from Canada’s 5G wireless networks, while devising a plan to counteract the Chinese regime’s interference in Canada.

The Tories have introduced a motion that would require the government to make a decision on Huawei within 30 days. It also called on the Liberals to follow Australia’s lead and develop a “robust plan” to combat “China’s growing foreign operations” in Canada and its “increasing intimidation of Canadians living in Canada.”

“China is threatening our interests and our values,” said Michael Chong, Conservative shadow minister for foreign affairs, as he introduced the motion in the House of Commons on Nov. 17.

“In that context, it is really important that the Government of Canada speak with a clear, consistent, coherent voice. Unfortunately, that is not happening.”

The Liberals have said they are conducting a security review of Huawei, and will announce a decision on whether to include the company in the country’s 5G networks in the future.

Huawei was founded by a former officer of the People’s Liberation Army. The intelligence community has raised alarms about Huawei’s close ties to Beijing and its spying efforts. Canada is the only country out of the members of the Five Eyes intelligence alliance not to ban or plan to ban the company from its 5G networks.

The telecom giant rose to dominance by China’s theft of technology from the now-defunct Canadian technology giant Nortel, Conservative Leader Erin O’Toole said in a press conference on the motion.

“The rise of Huawei was itself facilitated by years of industrial espionage conducted by China against Nortel,” O’Toole said.

“Intellectual property theft, counterfeiting, and digital piracy are not exceptions to our dealings with China. They are the reality, and it’s high time our government and many corporate leaders realized that.”

Chong said the delay on banning Huawei is threatening Canada’s national security because, in the absence of a clear decision, Telus started using Huawei equipment “on some 80 towers and sites” in Ottawa.

“Because of the government’s delays on this file, a major Canadian telecommunications company, Telus, went ahead and purchased Huawei equipment for its network and installed it in the National Capital Region where most of Canada’s federal government offices are, including the RCMP, CSIS [Canadian Security Intelligence Service], the Department of National Defence, and other military installations, despite having reached an agreement with the federal government not to use Huawei equipment in the region.”

Prime Minister Justin Trudeau was noncommittal Tuesday on the timing of his government’s long−awaited 5G decision. He reiterated his government’s position that it is relying on the advice of security and intelligence agencies, is consulting with allies, and is committed to keeping Canadians and their businesses safe.

In addition to a decision on Huawei, Chong said Canada must include “a robust plan” to counter China’s subversive operations in Canada “through its agents and foreign operations here on our soil.”

Beijing’s operations in Canada include efforts such as mobilizing political support against Chinese Canadians who do not support the regime, spreading disinformation, and spying on and cyber-attacking Canadian citizens, companies, and the federal government itself, Chong said.

Last week, CSIS told the Globe and Mail that the Chinese Communist Party is using state security agents to threaten the Chinese diaspora in Canada, as part of the regime’s well-documented global campaign to silence dissidents overseas.

Chong said Beijing is also engaging in “elite capture” in Canada by trading financial incentives for influence among retired bureaucrats and politicians, providing financial support for research institutes that support Beijing’s positions, and “co-opting Chinese-language media and local organizations on the ground to promote Beijing’s interests.”

Foreign Affairs Minister François−Philippe Champagne told reporters after a cabinet meeting on Nov. 16 that the government takes reports of Chinese foreign intimidation seriously and that he is working with Public Safety Minister Bill Blair, the RCMP, and CSIS to address it.

“When it comes to foreign interference, we will take all the appropriate measures to respond to that, to protect Canadians, to make sure that actions by state and non−state actors in Canada won’t be tolerated,” Champagne said.

“We have heard from people and every time I’ve said to Canadians, if ever you would feel intimidated, threatened, you should contact your local police authority and report these cases so they can be properly investigated and followed up.”

Mirroring similar laws in the United States, Australia’s legislation broadened the definition of espionage and requires people working for foreign countries to register as foreign agents. These agents could face criminal prosecution if they are independently deemed to be meddling in Australia’s affairs.

Chong said Canada must develop a new framework for dealing with China in light of competing and urgent risks: China is failing to uphold its responsibility to the “rules-based international system” by ignoring its condition of entry into the World Trade Organization, manipulating its currency using state-owned enterprises to interfere in other countries’ economies, and infringing on intellectual property.

MPs could vote on the Tory bill as early as Nov. 18.