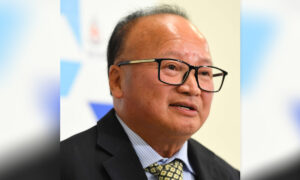 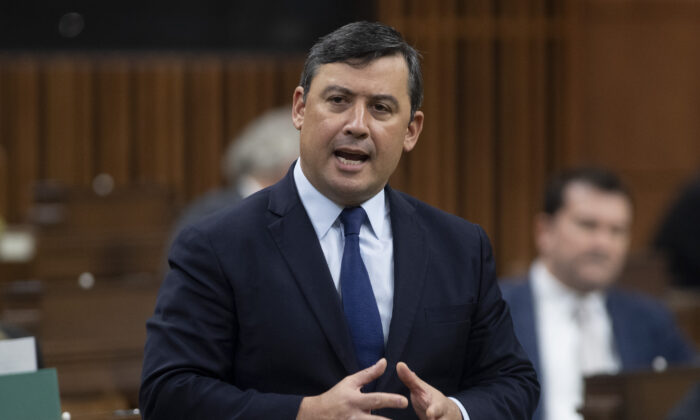 Tories Call out Feds for Failing to Decide on Huawei, Counter CCP Interference

Tories called out Ottawa for failing to decide whether Huawei should be banned from participating in Canada’s 5G network, and developing a plan to combat Beijing’s growing foreign interference on Canadian soil.

Conservative Shadow Minister for Foreign Affairs Michael Chong issued a statement Monday criticizing the Liberal government for not responding to a motion passed in Parliament on Nov. 18 that requires the government to “make a decision on Huawei’s involvement in Canada’s 5G network and to introduce a robust plan to counter China’s foreign interference operations here in Canada, both within 30 days.”

The United States has been pressuring Canada and its allies in the Five Eyes intelligence-sharing network to ban Huawei from their 5G networks, as it views the company as an espionage arm of the Chinese state.

According to the National Security Law enacted by the Chinese Communist Party (CCP) in 2015, citizens and enterprises “shall have the responsibility and obligation to maintain national security.” Then in 2017, Beijing passed the National Intelligence Law which declares that “any organisation and citizen shall, in accordance with the law, support, provide assistance, and cooperate in national intelligence work, and guard the secrecy of any national intelligence work that they are aware of [emphasis added].”

Besides that, Huawei was founded by a former officer of the People’s Liberal Army and has close ties to the CCP.

Chong said the failure of the Liberal government to comply with the part of the motion regarding Huawei is a failure to “uphold democratic norms.”

Besides Huawei, Chong also told the House of Commons on Nov. 17, that there is an urgent need to create a new framework to counter Beijing’s subversive operations “through its agents and foreign operations here on our soil.” However, this part of the motion was not addressed by the federal government, according to Chong.

“On Friday, the Minister of Public Safety and Emergency Preparedness, the Hon. Bill Blair, released a letter regarding foreign interference in Canada. This letter merely summarizes what the government has been doing to address foreign interference, which has proven to be woefully inadequate,” he said.

“It does not include a robust plan to counter China’s foreign interference operations in Canada, as the motion calls for.”

In an interview with The Canadian Press recently, Defence Minister Harjit Sajjan said Canada and its allies have significant concerns about China for not playing according to the international rules and treaties. However, he declined to describe the CCP as an adversary and instead emphasized the importance of talk and diplomacy when dealing with the regime.

Sajjan’s reply suggested a similar stance with Global Affairs. Internal documents obtained through an Access to Information Act request by Rebel News recently, showed that the foreign affairs department had warned the Department of National Defence (DND) that the cancellation of military engagement with China’s People Liberation Army (PLA) could be seen as “retaliatory move related to the Meng Wanzhou case,” and the DND and Canadian Armed Forces are encouraged to “pursue bilateral cooperation with the PLA.”

Chong said the federal government must acknowledge that their approach to China “isn’t working.”

“It’s time they recognize the real threat China is posing to Canada’s national interest and our values,” he wrote.