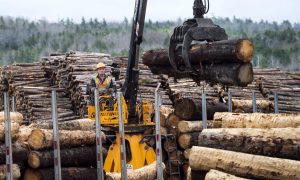 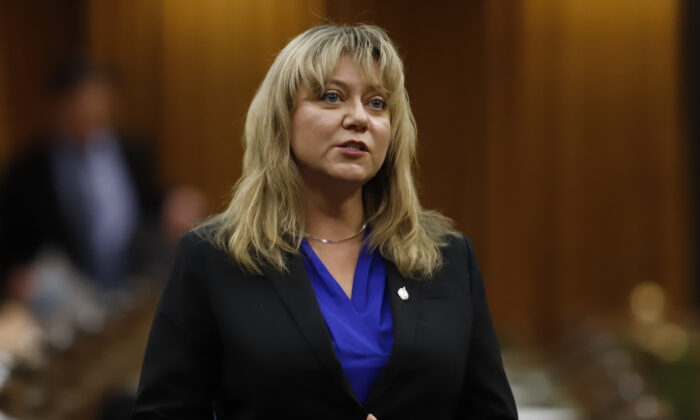 The Conservative Party of Canada on Thursday called for the creation of a special committee that will “examine and review all aspects of the economic relationship between Canada and the United States” during a Parliament debate.

Submitted by Conservatives Trade critic Tracy Gray to the House of Commons, the motion states that with the current economic challenges caused by the COVID-19 pandemic lockdowns, there is a “need for a serious plan for the economic recovery that recognizes the integration of the North American economy.”

“Our two countries share more than just a border. We share common ideals and many Canadians and Americans work and live across the borders, and have family or friends who reside on the other side of the border and their lives are integrated,” Gray said. “Trade between Canada and the U.S. exceeds $1.5 billion per day. Our partnership with the United States is of critical importance.”

If the motion is approved, the new committee would be authorized to conduct hearings on a broad range of issues, including the “Buy America” provisions advanced by U.S. President Joe Biden, the natural resources issues that include oil, gas, and softwood lumber exports, as well as Ottawa’s efforts to work with the Biden administration to “ensure a stable and predictable supply of COVID-19 vaccine doses.”

Conservative Leader Erin O’Toole said the creation of the special committee is about standing up for hundreds of thousands of jobs in Canada, and the “families that depend on trade access with the United States,” during Thursday’s debate in the Commons on the motion.

“I would hope the other parties join us in standing up for those working families,” O’Toole said.

In addition, the committee would be tasked with analyzing and producing interim reports on the Enbridge Line 5 pipeline by April 15, and the “Buy America” procurement rules, requirements, and policies by June 17. Both reports are to recommend actions that would safeguard Canadian interests while at the same time benefiting the United States, according to the motion.

“We’ve had Keystone XL cancelled and other pipeline issues such as Line 5, which may lead to immediate fuel shortages in Ontario and Quebec, higher fuel prices, and losses of thousands of jobs; Tariff issues and disputes on softwood lumber, dairy, and aluminum,” Gray said.

The motion, if approved, would also grant the committee the power to call the deputy prime minister and finance minister, foreign affairs minister; small business, export promotion, and international trade minister; the Canadian ambassador to the United States, and other ministers and senior officials to appear as witnesses from time to time as the committee sees fit.

Foreign Affairs Minister Marc Garneau said he’s open to the idea of the new committee but noted that several other parliamentary committees on trade and foreign relations already exist.

“The creation of the committee, as being proposed today, will add another forum for discussion on the matters that concern us as Canadians in our dealings with the United States, and we are certainly open to that,” Garneau said.

When asked by NDP MP Heather McPherson why the issues of Canada-U.S. relations couldn’t be accomplished within the Standing Committee for International Trade, Gray said it’s due to the heavy workload the existing committee is already facing.

Gray added that it is crucial to have specific parameters in the motion so that the scope is clear for the new committee to address emerging issues that are important to Canadians.

With files from Canadian Press.