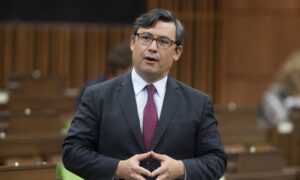 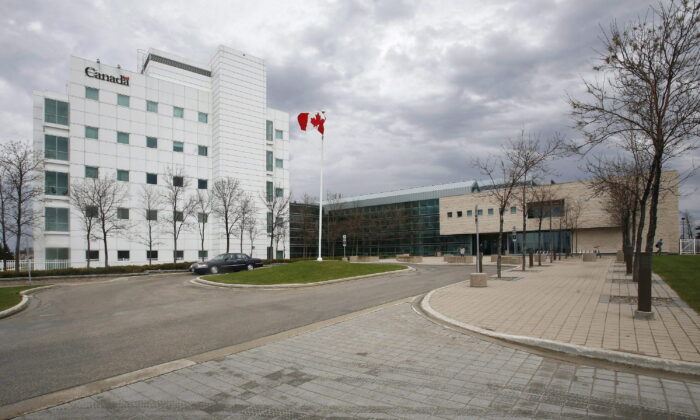 The National Microbiology Laboratory in Winnipeg in a file photo. (The Canadian Press/John Woods)
Canada

The Conservatives are accusing Liberal Leader Justin Trudeau of calling the election to cover up details of what happened at Canada’s only level 4 laboratory, where a Canadian government scientist reportedly collaborated with a high-ranking Chinese military officer.

“We now know why Justin Trudeau called this early $600-million election, risking the health of Canadians in the middle of a fourth wave of the pandemic: to prevent the release of the Winnipeg lab documents to Parliament, and cover up what happened at the Winnipeg lab,” said Conservative candidate Michael Chong, who is seeking re-election in Wellington-Halton Hills.

“The House of Commons ordered the Trudeau government to produce the Winnipeg lab documents. That order dissolved with the dissolution of Parliament.”

Chong made reference to a recent report by the Globe and Mail that scientist Xiangguo Qiu, who worked for the National Microbiology Laboratory (NML) in Winnipeg, had collaborated with Chinese Maj.-Gen. Chen Wei, a high-ranking officer in the People’s Liberation Army.

Qiu, along with her husband Keding Cheng, also a scientist at the NML, and their Chinese students were escorted from NML amidst an RCMP probe in July 2019. Qiu and Cheng were formally fired in January.  The Public Health Agency of Canada, which is in charge of the NML, says the termination was the result of an “administrative matter” and “possible breaches of security protocols,” but has declined to provide further details, saying security and privacy concerns prevent the agency from disclosing further information.

Opposition parties had pressed the government to release more information on the case but the Liberals refused, also citing national security and privacy concerns. The House of Commons issued an order requiring the government to disclose the information, but the government took the Speaker of the House to court to obtain confirmation that it could withhold the documents. The case was dropped after an election was called and Parliament was dissolved.

“The news makes clear that a Canadian government scientist was conducting joint research with Major-General Chen Wei of the People’s Liberation Army, who was recently lauded by President Xi Jinping for developing a Chinese COVID-19 vaccine,” Chong said in a statement.

“This cover-up needs to end today. Justin Trudeau must come clean about these national security breaches at the governments Winnipeg lab, so that Canadians know the truth before they vote on Monday.”

The Epoch Times reached out to the Liberal Party for comment, but didn’t receive a response.

Chong called on the Liberal leader to “come clean” on questions including who approved co-operation between the Chinese military and scientists at the NML, and whether members of the Chinese military ever gained physical access to the only lab in Canada designated at containment level 4—the highest level of biosafety, capable of handling the world’s most dangerous pathogens.

Chong also questioned whether Qiu and Cheng ever passed Canadian intellectual property to China and the Wuhan Institute of Virology (WIV).

Qiu shipped samples of Henipah and Ebola viruses to the WIV with permission from NML authorities in March 2019.

In his statement, Chong questioned Trudeau’s overall approach to dealing with China.

“Justin Trudeau has made Canada the only one of our intelligence allies to allow Huawei in our 5G network. He’s joined Canada to the China-led Asian Infrastructure Investment Bank, but he didn’t join our close allies the UK, the US, and Australia yesterday in a new defence alliance,” he said, referring to AUKUS, a security agreement pact the three countries signed on Sept. 15.

Trudeau has downplayed the exclusion, citing Canada’s involvement on other fronts.

“This is fundamentally a question of trust,” Chong said.

Conservative candidate Garnett Genuis, who is seeking re-election in Sherwood Park-Fort Saskatchewan, also wrote on Twitter that the Liberal leader aims to win a majority government in this election in order to “bury the Winnipeg lab documents.”