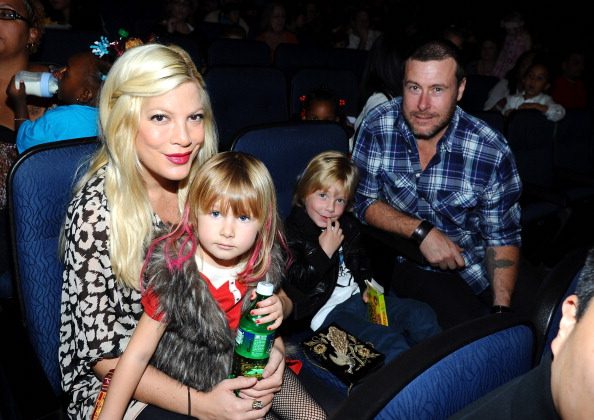 She spoke with People following the finale of her show.

“We’re working really hard at our relationship and our family,” Spelling, 41, told the publication on Thursday. “We are truly committed to each other.”

The former “Beverly Hills, 90210” actress added that “things are really good” for the couple and their children.

Spelling also said that she has no regrets about doing “True Tori.”

“I feel like I’ve always had a good connection with my fans and everyone out there,” she continued. “I’m very open and honest about my life. My life has been very public, and it’s hard to keep things private. I’d rather get the truth out there than have people write what they think the truth is.”

Her comments come as McDermott’s ex-wife, Mary Jo Eustace, said that Spelling should go into rehab.

“Sadly, now I actually know what goes on behind the scenes in their home and that is even more tragic than what makes it on camera. Tori needs rehab,” she was quoted by the Houston Chronicle as saying. “She needs serious help for the hoarding issue — she’s admitted her kids aren’t even fazed by her extended hospital stays anymore. And all their fighting in front of the children… it’s so dark.”

Months ago, McDermott went to rehab. “I take full responsibility for my actions and have voluntarily checked myself into a treatment center to address some health and personal issues,” he said last winter in a statement. “I am grateful to be getting the help I need so I can become the husband and father my family deserves.”

There’s been reports that Spelling spends thousands of dollars a month on storage facilities to store items for her alleged “hoarding.”