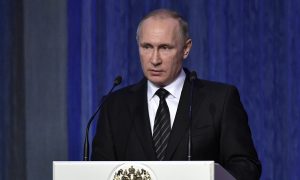 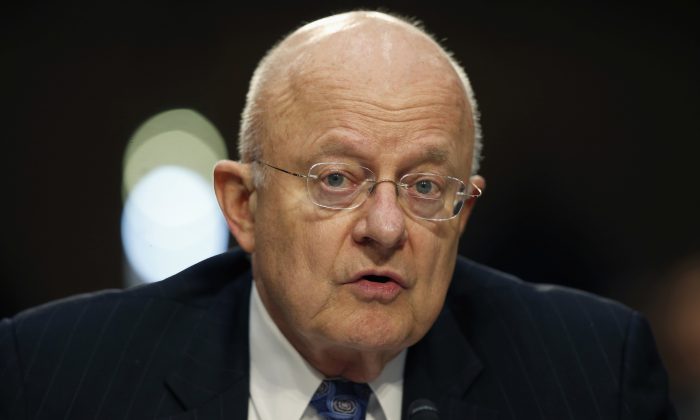 Top US Intelligence Officials to Testify on Russian Hacking

WASHINGTON—Senior U.S. intelligence officials face questions at a Senate hearing that will be dominated by the intelligence community’s assessment that Russia meddled in the presidential election to help Donald Trump win.

The Armed Services Committee’s cyber threats hearing on Thursday comes a day before the president-elect is to be briefed by the CIA and FBI directors—along with the director of national intelligence—on the investigation into Russia’s alleged hacking efforts. Trump has been deeply critical of their findings, citing WikiLeaks founder Julian Assange’s contention that Russia did not provide him with hacked Democratic emails.

The committee’s session is the first in a series aimed at investigating purported Russian cyber-attacks against U.S. interests and developing defenses sturdy enough to blunt future intrusions.

“We will obviously be talking about the hacking, but the main thing is the whole issue of cybersecurity,” the committee’s Republican chairman, Sen. John McCain of Arizona, said ahead of the hearing. “Right now we have no policy, no strategy to counter cyberattacks.”

Slated to appear before the Armed Services Committee are James Clapper, the national intelligence director; Marcel Lettre, the undersecretary of defense for intelligence; and Adm. Michael Rogers, National Security Agency chief and the top officer at the U.S. Cyber Command.

But the sanctions against both Russian intelligence agencies could easily be rescinded by Trump, who has so far publicly refused to accept the conclusion that Russia is responsible for the attacks. Trump earlier this week escalated his criticism of U.S. intelligence professionals, such as Clapper, by tweeting that an upcoming briefing on the suspected Russian hacking had been delayed until Friday, and said, “perhaps more time needed to build a case. Very strange!”

Intelligence officials said there had been no delay.

Trump also suggested Wednesday in a tweet that the Democratic National Committee could be to blame for being “so careless.”

The sanctions imposed by Obama came after he pledged a “proportional” response to the alleged hacking of the Democratic Party and Clinton’s campaign chairman. Emails stolen during the campaign were released in the final weeks by WikiLeaks.

CIA Director John Brennan said in a Dec. 16 message to employees that the FBI agreed with the agency’s conclusion that Russia’s goal was to support Trump in the election. Brennan wrote that he also had spoken with Clapper and said “there is strong consensus among us on the scope, nature, and intent of Russian interference in our presidential election.”

Moscow has denied the hacking allegations and dismissed Obama’s sanctions as an attempt to “harm Russian-American ties.” Although Russian President Vladimir Putin rebuked the Obama administration for trying to punish Russia, he said his country would not immediately retaliate and would instead wait for a new U.S. approach after Trump takes office.

To buttress the case for sanctions imposed by Obama and expose Russia’s cyber tactics, the Homeland Security Department released a report prepared with the FBI that for the first time officially tied cyberattacks into the email accounts of the Democratic National Committee to hackers affiliated with the GRU and FSB.