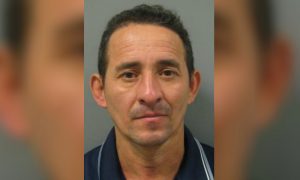 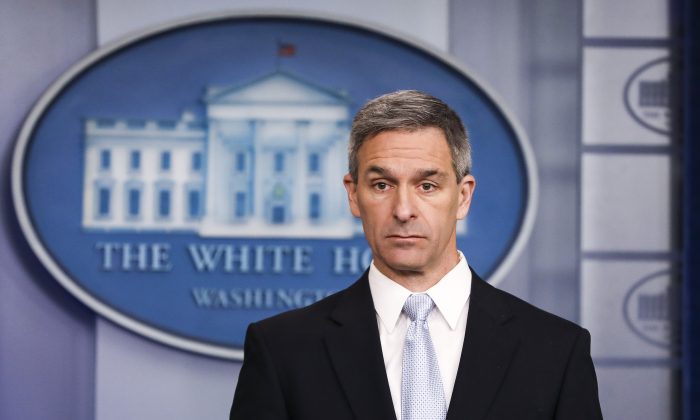 A top official in the Trump administration and a group of Republican women responded on Sept. 6 after a sanctuary county tried defending its sanctuary policies following the arrests of seven illegal immigrant men for alleged rapes or sexual abuses, many involving children.

The Montgomery County Council in Maryland said that the alleged crimes “are horrendously vile acts” but claimed “there has been a lot inaccurate information spread by the White House, President Trump, Acting USCIS Director Ken Cuccinelli, local and national conservative news outlets and neo-Nazi sympathizers regarding our criminal justice system and its process.”

“These individuals and organizations should be ashamed for spreading false information seeking to establish a baseless, illogical and xenophobic connection between a person’s failure to obtain legal status and their propensity to commit a sex crime,” the council said.

Cuccinelli responded later in the day, writing in a rebuttal: “Sanctuary County, Montgomery County, MD cannot debate the failure of its sanctuary policies on the merits (7 violent assaults, rape etc, incl child victims in ~1 month), so they resort to ad hominem attacks using nazi implications—arguments out of bounds in civil society.”

“No moderator, only a timekeeper w/a hard stop (i.e., mic goes off at end of time). I’ll defend children and crime victims, Elrich can defend rapists and murders who shouldn’t even be in this country. What do you say, Mr. Chairman?” he wrote.

The statement came after the Montgomery County Federation of Republican Women published its own rebuttal, claiming the county is trying to deflect with its smear of critics as “Neo-Nazis.”

In a letter to the county council, the women wrote that the group is made up of mothers, grandmothers, professional women, and stay-at-home mothers who wanted to “call upon all our county elected officials to focus their efforts on protecting everyone in Montgomery County, including the most vulnerable in our county—especially those in immigrant communities.”

“They chose to describe… those who voiced a justifiable and sincere outrage over these reported crimes, as “Neo-Nazi sympathizers”… in order to deflect away from their failure as our elected officials.” pic.twitter.com/Vk4sQWSDz1

“Criminals and gang members should not have the opportunity to prey on young girls. What kind of elected officials would choose to give ‘sanctuary’ to those who commit such acts, when they have every opportunity and resource to remove them BEFORE they cause such human devastation,” they wrote.

“We are outraged and horrified by the seven rapes in Montgomery County in August alone, of innocent young women and girls, some as young as 11 years old,” they added. “Further, we are shocked and deeply disappointed that the Montgomery County Council chose to use its official position to issue an outrageously ideological statement. They chose to describe Montgomery County residents and all those who voiced a justifiable and sincere outrage over these reported crimes, as ‘Neo-Nazi sympathizers’ which only foments hate and division in the county, in order to deflect away from their failure as our elected officials.”

The group said all officials in the county should focus on protecting “the most vulnerable” in the county, “including in our immigrant communities.”

The letter was obtained by WJLA’s Kevin Lewis.

Elrich, the county executive, has mainly stayed silent amid the series of arrests, which included the release of an illegal alien accused of rape and assault on bail, despite an immigration detainer being placed by federal officials.

The county later said it contacted an Immigration and Customs Enforcement officer but he didn’t answer or call back so the release went through. The agency responded by saying the county could have called its hotline for such issues. It said the officer was not in the office that day.