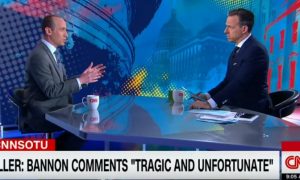 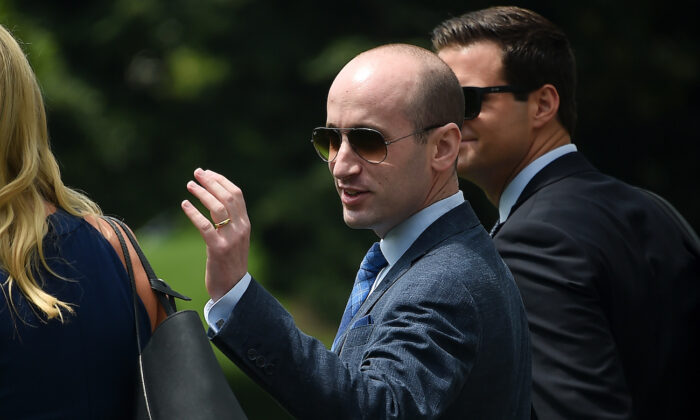 “Over the last five days, I have been working remotely and self-isolating, testing negative every day through yesterday,” Miller confirmed in a statement to media outlets. “Today, I tested positive for COVID-19 and am in quarantine.”

Miller is one of the White House’s most conservative and influential voices in pushing moves that Trump has taken to curb illegal immigration.

Katie Miller, his wife, who is the communications director to Vice President Mike Pence, previously tested positive to COVID-19 in May. She tested negative early on Tuesday.

Recently, Katie Miller had been in Salt Lake City with Pence, where he is preparing to debate Democratic vice presidential nominee Kamala Harris on Wednesday night. Miller left as soon as she found out about her husband’s diagnosis.

Stephen Miller is the latest official among several Trump administration officials and associates to have tested positive for the CCP virus since Trump’s diagnosis last Friday, some of whom were noted to have attended the White House Rose Garden event to announce the Supreme Court nomination of Judge Amy Coney Barrett on Sept. 26.

Others present at the Sept. 26 event tested negative for the CCP virus on Friday, including Barrett and Attorney General William Barr.

President Trump arrived back at the White House on Monday after having spent a few days being treated at Walter Reed National Military Center. Among the treatment administered is a five-day course of the intravenous antiviral drug remdesivir, which was begun late Oct. 2. The president’s physician, Navy Cmdr. Sean Conley, said on Monday that Trump would not be fully “out of the woods” for another week.