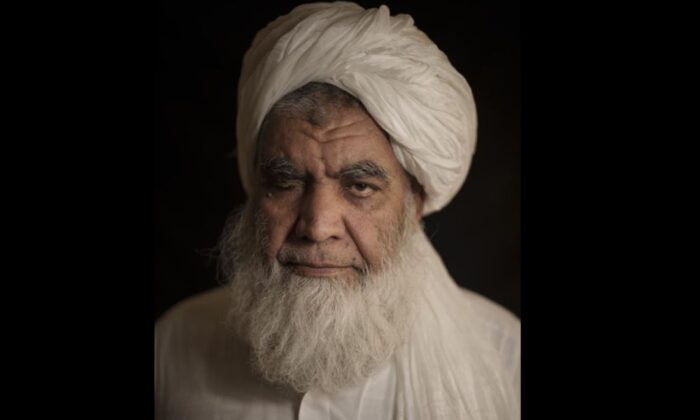 Taliban leader Mullah Nooruddin Turabi poses for a photo in Kabul, Afghanistan, on Sept. 22, 2021. Mullah Turabi, one of the founders of the Taliban, says the hard-line movement will once again carry out punishments like executions and amputations of hands, though perhaps not in public. (AP Photo/Felipe Dana)
Afghanistan

A top Taliban official in Afghanistan said that the extremist group that now rules the country will carry out executions and the amputations of hands and feet.

Speaking to The Associated Press, Taliban co-founder Mullah Nooruddin Turabi dismissed criticism of the group’s previous rule of Afghanistan between 1996 and 2001, where public executions, floggings, stonings, and amputations were commonplace. Turabi, who lost an eye and a leg fighting against Soviet invaders in the 1980s, is the head of the new Ministry of Propagation of Virtue and Prevention of Vice and is in charge of enforcing punishments.

“Everyone criticized us for the punishments in the stadium, but we have never said anything about their laws and their punishments,” Turabi told the Associated Press in a report published Thursday. “No one will tell us what our laws should be. We will follow Islam and we will make our laws on the Quran.”

During the Taliban’s rule more than 20 years ago, convicted murderers were executed by a single shot to the head and typically by the victim’s family—sometimes in stadiums and in other public arenas. Convicted thieves face the amputation of their hand, and for those who are convicted of highway robbery, a foot and a hand were cut off.

In a change from a previous Taliban rule, Turabi told the outlet that female judges will now be able to adjudicate cases. But the foundation of the South Asian county’s laws will be its interpretation of the Quran, he said.

“Cutting off of hands is very necessary for security,” he told AP, saying it had a deterrent effect. It’s not clear whether the punishment will be carried out in public, but the government is studying the topic and will “develop a policy.”

Defending the prior Taliban rule, which allowed for the harboring of terrorist networks including al-Qaeda, Turabi told AP: “We had complete safety in every part of the country.” He pointed to the group’s public punishment methods, saying they deter crime.

But already, human rights groups such as Amnesty International have said the Taliban is “steadily dismantling” human rights gains made during the past 20 years.

That includes the “targeted killings of civilians and surrendered soldiers and the blockading of humanitarian supplies in the Panjshir Valley, which constitute crimes under international law,” said Amnesty on Tuesday. “Restrictions have also been reimposed on women, freedom of expression, and civil society.”

The Taliban, which is described by some U.S. intelligence agencies as a terrorist group, took over Afghanistan in a matter of days after a blistering offensive. The takeover was preceded by the U.S. military’s total withdrawal from the country, which morphed into a rushed and chaotic evacuation effort that saw thousands of Afghan nationals and Americans flee the country via airplanes.

Some senators have expressed concern that the Taliban, as it captured the country, was able to seize billions of dollars’ worth of U.S. military hardware including Black Hawk helicopters, weapons, and other technology.