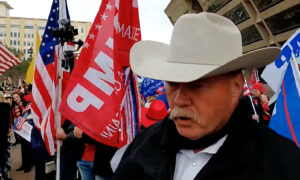 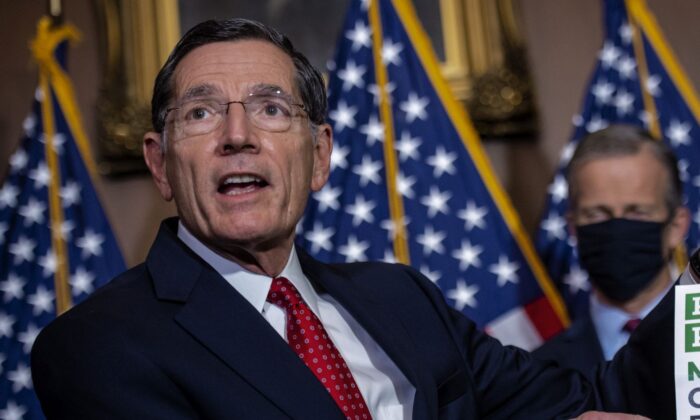 Sen. John Barrasso (R-Wyo.), a member of the GOP leadership in the Senate, expressed optimism that the Senate will reach a stimulus relief package deal at the end of Sunday.

“This gets done today. No more delays. We’re not leaving until we have relief for the American people,” Barrasso, the chairman of the Senate Republican Conference, told “Fox News Sunday.”

“People are hurting, people need help, and there are two things we need to do to write this final chapter on coronavirus,” Barrasso added. “The one is to get people vaccinated. We’re doing that now—20 million people will be vaccinated by New Year’s Eve—but we need to provide help for the American people.”

Barrasso said Sunday that the final deal would include direct $600 payments and an extension of the small business loan program, known as the Payment Protection Program, that was set up during the CARES Act in March.

“It’s a little more specific this time in that the business has to be fewer than 300 employees and they have to actually show a loss,” he said.

However, one senator said the deal won’t be reached by the end of Sunday.

“It won’t be tonight,” said Senate Minority Whip Dick Durbin (D-Ill.), according to Politico. “We’ve got one vote and then we’re leaving, come back tomorrow at 1.”

Lawmakers also face a funding deadline of midnight on Sunday, which risks a government shutdown without any action.

“If things continue on this path and nothing gets in the way, we’ll be able to vote tomorrow,” Schumer had told reporters on Saturday about the stimulus package.

Earlier, Sen. Josh Hawley (R-Mo.) worked with Sen. Bernie Sanders (I-Vt.) to include $1,200 stimulus payments in the package, but it appears to have been rejected.

Hawley wrote on Twitter over the weekend that he was “assured by Senate GOP leadership that #COVID direct assistance to working people IS in the #covid relief bill under negotiation & will remain. And on that basis, I will consent to a brief continuing resolution to allow negotiations to conclude.” He added, “I will continue to fight for $1200/ person and $500 (min) for kids for working families.”

“Why isn’t Congress giving our people a Stimulus Bill?” the president asked late on Saturday night. “It wasn’t their fault, it was the fault of China,” he added, referring to the CCP (Chinese Communist Party) virus that caused a worldwide pandemic. He added, “GET IT DONE, and give them more money in direct payments.”