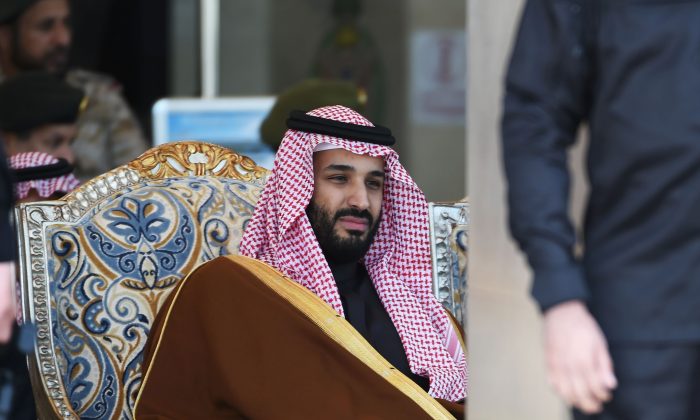 RIYADH, Saudi Arabia—Saudi Arabia’s royal court said Monday the kingdom’s second-in-line to the throne will meet President Donald Trump at the White House in the highest-level visit to Washington by a Saudi royal since November’s presidential election.

Deputy Crown Prince Mohammed bin Salman, who is also defense minister and King Salman’s son, is scheduled to start his Washington visit on Thursday. He departs for the United States on Monday.

The royal court, in a statement carried by the official Saudi Press Agency, said that Prince Mohammed will meet with Trump and a number of U.S. officials to discuss “the strengthening of bilateral relations between the two countries and regional issues of mutual interest.”

The prince is spearheading the kingdom’s economic overhaul to become less dependent on oil and its major investments in U.S. technology firms.

No details were given on when he would meet Trump. He would be the first Gulf Arab royal to meet the president since his inauguration. There was no confirmation from the White House regarding the visit.

Key issues at the top of the agenda are likely to include discussion on global energy prices, as well as the conflicts in Syria, Iraq, Libya and Yemen, where a Saudi-led coalition backed by Washington has been bombing Iran-backed Shiite rebels for nearly two years.

Saudi Arabia, the world’s top oil exporter and biggest buyer of American-made arms, is also part of the U.S.-led coalition bombing campaign against the ISIS terrorist group in Syria.

Saudi relations with Washington cooled under President Barack Obama after his administration secured a nuclear deal with regional rival Iran. The deal has been heavily criticized by Trump.

In contrast, the kingdom has expressed optimism about rebuilding its alliance with Washington and working with the Trump Administration to contain Iran’s reach in the region.

In a call between Trump and King Salman in January, the two agreed to back safe zones in Syria and Yemen, according to a White House statement. The monarch is currently touring Asia in a visit aimed at building alliances with other partners.