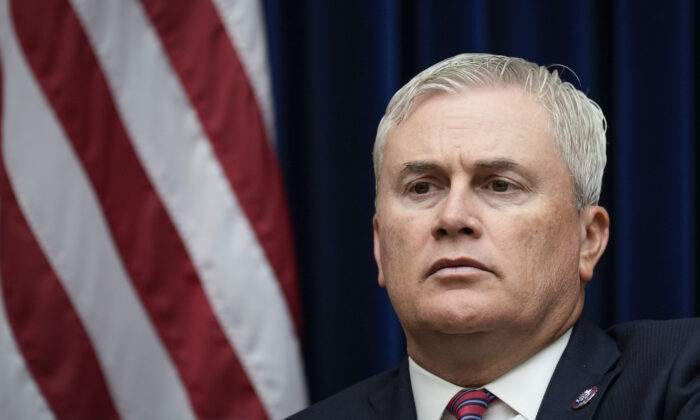 Dr. Anthony Fauci leaving the government won’t shield him from a probe that Republicans in Congress plan to launch in early 2023, top lawmakers said on Aug. 22.

Fauci announced hours earlier that he will step down in December, just weeks before Republicans expect to take control of the House of Representatives.

The GOP is in the minority in the lower chamber but based on historical election patterns and President Joe Biden’s lagging approval ratings, the party is forecast to flip enough seats to gain a majority in the upcoming midterm elections.

That would make a Republican the chair of each committee, likely landing Comer the chair of the Oversight Committee.

Republicans have vowed to investigate Fauci, the director of the National Institute of Allergy and Infectious Diseases; former National Institutes of Health (NIH) Director Dr. Francis Collins; and other key pandemic-era government officials over the early response to the pandemic, if they take power in either congressional chamber.

Emails obtained and made public by the committee and news outlets showed that before Fauci wrote off the theory that the COVID-19 virus started in a Chinese laboratory, scientists informed him that the virus could have been engineered. Some of the same scientists, after speaking in a call with Fauci, came out against the lab theory. No animal source for the virus has been identified to date, and Chinese officials have released little information from the lab, which received funding from the agency Fauci directs.

“Fauci’s resignation will not prevent a full-throated investigation into the origins of the pandemic. He will be asked to testify under oath regarding any discussions he participated in concerning the lab leak,” Sen. Rand Paul (R-Ky.), ranking member of the Homeland Security Committee’s Subcommittee on Emerging Threats and Spending Oversight, said in a statement.

Fauci has maintained that he did nothing wrong.

“We need to know if Dr. Fauci concealed anything from government officials in order to shield the NIH’s cozy relationship with EcoHealth Alliance, a grantee that awarded taxpayer funds to the Wuhan lab to conduct dangerous research on bat coronaviruses,” said Comer, referring to a subaward that the NIH just terminated.

“The American people deserve transparency and accountability about how government officials used their taxpayer dollars, and Oversight Committee Republicans will deliver,” he added.

Government officials praised Fauci, as did Democrats, after the resignation announcement.

“The United States of America is stronger, more resilient, and healthier because of him,” President Joe Biden said in a statement.

“Dr. Anthony Fauci is a great American. He has done so much for our country during over half a century at NIH, and his work has saved countless lives here and around the world,” added Rep. Don Beyer (D-Va.).

Sen. Dick Durbin, the Senate Judiciary Committee chairman, said that Fauci “is an example of American excellence and a brilliant scientific mind.”

Fauci said in his statement that he’s not retiring, but indicated that he will leave the government and join the private sector after working for the NIH since 1968.