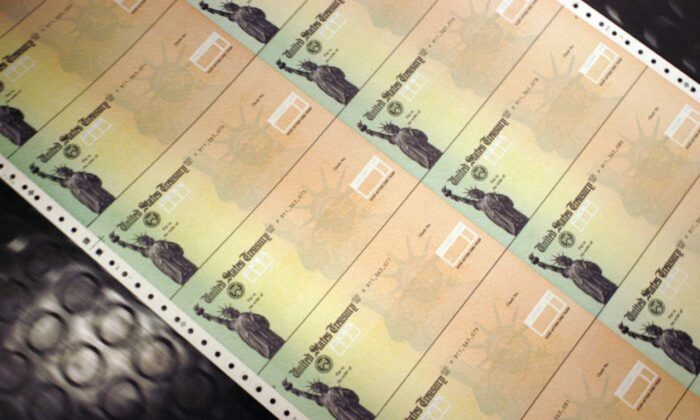 A top House Republican said the GOP is not going to touch Social Security or Medicare during negotiations with Democrats regarding raising the debt ceiling.

Rep. Jim Banks (R-Ind.), the former chair of the Republican Study Committee and a 2024 Indiana Senate candidate, told reporters this week that the “debt limit sets up an opportunity for us to have a serious conversation,” adding that he hopes Democrats and the Biden administration “come to the table.”

“I hope that Senate Leader Schumer and the Senate Democrats will come to the table with House Republicans and talk about what we can agree on,” Banks said. “That’s what a negotiation is all about.”

Some Republicans in the House have suggested making cuts to Social Security and Medicare, programs that are used by retired Americans. That has prompted warnings from top GOP figures, including former President Donald Trump, who warned that such plans would be a mistake.

“Do you want Social Security and Medicare to be on the table as part of these negotiations?” Washington Post reporter Robert Costa asked Banks. “No,” Banks responded. “I can speak on behalf of the vast majority of Republicans in the majority: I don’t think that any of us want to touch Social Security, Medicare, Medicaid, programs that seniors and others are relying on today or who will soon rely on those programs.”

Instead, Banks suggested cutting spending to certain federal agencies that expanded during the federal government’s COVID-19 response. There should be spending cuts now, he argued, because not doing so would continue to grow the U.S. national debt, which currently stands at around $32 trillion.

“I think those are areas where we can start, but the easy solution today is [to] look at where we can cut wasteful spending,” Banks stated. “I mean, in the name of COVID, trillions of dollars were spent—some of it to address the pandemic, a lot of it had nothing to do with the pandemic—that bloated every single federal agency.”

Earlier this month, Treasury Secretary Janet Yellen warned top members of Congress that the United States would hit its debt ceiling and called for it to be raised. About a week ago, the ceiling was hit, prompting Yellen to carry out “extraordinary measures” as a stopgap to avoid a default.

Speaking to The Associated Press on Saturday, Yellen said she believes the United States will eventually vote to raise the debt limit but claimed the spending cuts sought by House GOP lawmakers are “very irresponsible.” The reason why, she said, is because it’s “possible for markets to become quite concerned about whether or not the U.S. will pay its bills.”

If there is a default, she told AP, it “would impose a self-imposed calamity in the United States and the world economy.” With the current measures in place, the federal government should be able to operate until sometime in June.

“Congress needs to understand that this is about paying bills that have already been incurred by decisions with this and past Congresses and it’s not about new spending,” Yellen told the newswire service. “It can’t be negotiated over whether or not we’re going to pay our bills,” the secretary added.

“It was done three times in the past, in the past administration under Donald Trump, so this is nothing unusual,” she said during a White House briefing. “This is something that should be done without conditions, and we should not be taking hostage key programs that the American people really earned and care about—Social Security, Medicare should not be put into a hostage situation.”

Despite the warnings and escalating rhetoric, Senate Minority Leader Mitch McConnell (R-Ky.) told CNN on Monday that the United States “won’t default,” although he didn’t elaborate. Senate Majority Leader Chuck Schumer (D-N.Y.) told the outlet Tuesday that there would be severe consequences if the United States does in fact default on its obligations.

“Every single American will pay the price,” Schumer said. “Well, I say to my Republican colleagues: If you want to talk about spending cuts, then you have an obligation—an obligation—to show the American people precisely what kind of cuts you are talking about,” he said.