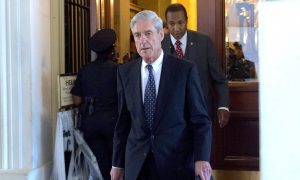 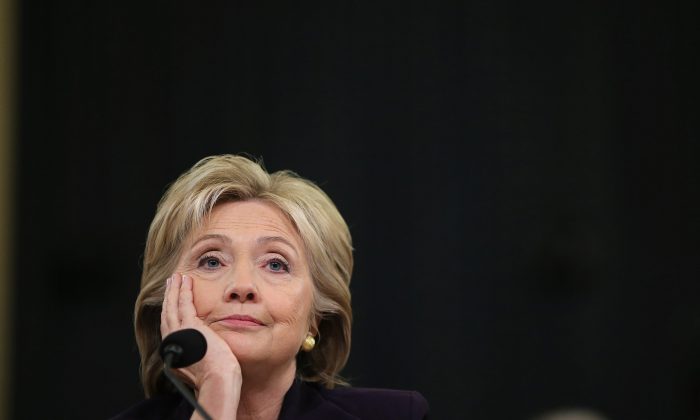 Ukraine’s top prosecutor has opened an investigation into whether the country’s law enforcement illegally leaked information in order to influence the 2016 U.S. presidential election in favor of Hillary Clinton.

Ukraine Prosecutor General Yuriy Lutsenko told The Hill that the probe was prompted by the release of an audio recording of a top Ukrainian law enforcement official saying his agency released damaging information on then Trump-campaign chairman Paul Manafort in order to damage then-candidate Donald Trump and boost Clinton.

The dirt on Manafort made it into the hands of U.S. media in 2016 and prompted Manafort’s removal from the campaign. The information continued to be at the center of allegations against Trump’s campaign beyond the election. Manafort was sentenced in early March to seven years in prison for crimes relating to his work in Ukraine that predated his stint with Trump’s campaign.

News of the investigation in Ukraine arrived as the public waits for special counsel Robert Mueller to deliver the final report on his Russia collusion investigation to the Justice Department, which is widely expected to be soon. Like the conclusions of two congressional investigations, Mueller is not expected to charge Trump with any wrongdoing.

A Ukrainian court ruled in late 2018 that the release of information on Manafort amounted to an illegal attempt to influence the election in the United States. Lutsenko told The Hill’s John Solomon that the release of the information was particularly troubling because the Ukrainian law enforcement agency involved was in frequent contact with the Obama administration’s U.S. Embassy in Kiev.

The FBI investigated Manafort in 2014 but declined to prosecute him. The bureau had set up an office in the Kiev embassy during the investigation. Two years later, dirt on Manafort surfaced in U.S. media, followed closely by the FBI’s infamous “Crossfire Hurricane” investigation of the Trump campaign, which revolved largely around a dossier on Trump compiled by former British spy Christopher Steele and paid for by the Democratic National Committee (DNC) and the Clinton campaign.

The bureau eventually terminated Steele for talking to the media, but he continued to feed information to the FBI’s Crossfire team through senior Justice Department official Bruce Ohr.

According to Solomon, Steele’s quest to compile the dossier on Trump began as a series of conversations with Ohr in late 2015 and early 2016 while seeking information on Manafort.

Lutsenko also accused the Obama-era U.S. Embassy in Kiev of interfering with his ability to prosecute corruption cases. Lutsenko claimed to have received from the U.S. ambassador a list of people whose prosecutions the ambassador advised not to pursue.

The U.S. ambassador then declined to cooperate in an investigation of misappropriation of U.S. aid, a claim Lutsenko substantiated with a letter addressed to Ukraine’s deputy prosecutor general.

“We are gravely concerned about this investigation for which we see no basis,” wrote U.S. embassy official George Kent.

The State Department issued a statement on March 20 that called Lutsenko’s claim about the do-not-prosecute “an outright fabrication.” The department also stated that it no longer provides financial support to Lutsenko’s office.

Lutsenko isn’t the only one to complain about the U.S. embassy in Kiev. In 2018, Rep. Pete Sessions (R-Texas) wrote a letter to Secretary of State Mike Pompeo asking to recall Marie Yovanovitch, the U.S. ambassador to Ukraine. According to Sessions, Yovanovitch “has spoken privately and repeatedly about her disdain for the current administration in a way that might call for the expulsion.”

Sessions wrote that he had concrete evidence of Yovanovitch’s conduct.

Before becoming the chief prosecutor, Lutsenko was a prominent activist against Russia’s influence in Ukraine during the tenure of Russia-backed President Viktor Yanukovych.

One of the early stories on Manafort’s business dealings with Russian oligarch Oleg Deripaska was published by Yahoo News. The author of the article, Michael Isikoff, worked with Alexandra Chalupa, a Ukrainian-American operative working as a consultant for the DNC. As part of her work, Chalupa met with top officials in the Ukrainian Embassy in Washington.

On March 20, Fox News reported that prosecutors are close to making a decision as to whether to charge former Obama White House counsel Greg Craig for failing to register as a foreign agent while working on behalf of Ukraine. The case centers on work Craig did for Yanukovich in 2012 as part of Skadden, Arps, Slate, Meagher & Flom—the firm that formerly employed van der Zwaan.