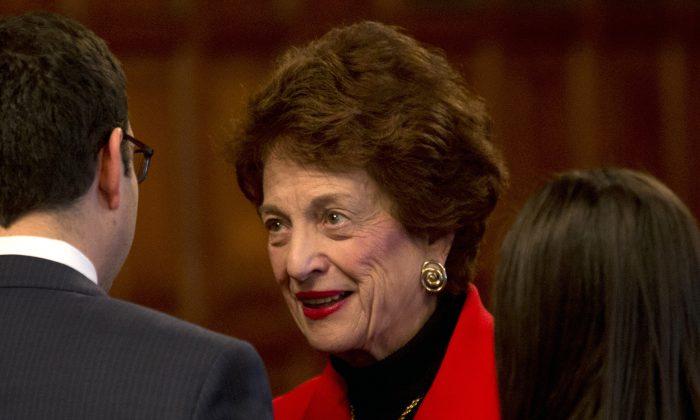 The state court system said Thursday that Kaye had died a day earlier. She lived in Manhattan.

First appointed to the bench in 1983, Kaye was named chief judge of the Court of Appeals by Democratic Gov. Mario Cuomo in 1993. Her predecessor, Sol Wachtler, resigned amid federal charges he harassed and threatened a former lover and her daughter.

Kaye was chief judge until her mandatory retirement at age 70 in 2008.

Born in the Sullivan County town of Monticello on Aug. 4, 1938, Kaye was the daughter of Jewish parents who emigrated from Poland because of religious oppression, according to her official biography on the court system website.

She graduated from Barnard College in 1958 and the New York University School of Law in 1962. Her first job as a lawyer was as an associate at the Manhattan firm Sullivan and Cromwell. Kaye went on to work for a year in the IBM legal department and then as a commercial litigator at a firm whose clients included the Lionel Corp., the New York Produce Exchange, Ralston Purina Co., the Singer Co. and U.S. Industries, according to the biography.

Her judicial career began after Cuomo’s campaign promise to appoint the first woman to the Court of Appeals. After a tumultuous selection process, she was nominated by the governor and unanimously confirmed by the state Senate in September 1983.

Mario Cuomo’s son, current Gov. Andrew Cuomo, said Kaye “was a force for progress who had a profound impact on our state.”

He described her as “an exemplary role model for women everywhere” and a jurist who was “an outspoken opponent of the death penalty, believed in the fundamental promise of equal rights for all New Yorkers, and dedicated herself to strengthening our judicial system and our juries, along with many other worthy causes.”

Senator John Bonacic (R/C/I-Mt. Hope) called her a role model for young legal professionals, “but also a model on how to work through complex legal issues and arrive at decisions that were fair and just to everyone involved,” he said in a statement.

With additional reporting by Holly Kellum