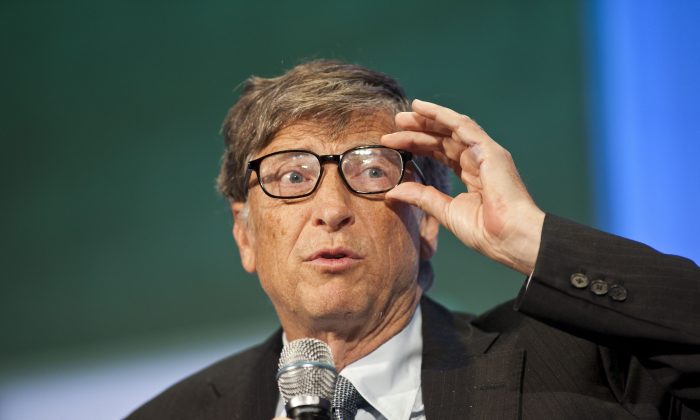 Top Microsoft Investors Lobby for Gates to Step Down

Three of the top 20 Microsoft Corp. investors want Bill Gates to step down as chairman lest he hold back the company from the yet-to-be-named new CEO, according to a report by Reuters citing persons familiar with the matter.

The investors, who own 5 percent stake combined, are lobbying the board but there is no indication the board will comply.

Microsoft, which Gates co-founded 38 years ago, has fallen behind its competitors in mobile, and CEO Steve Ballmer was pushed to resign by hedge fund investor ValueAct, which owns about .8 percent of Microsoft. While Ballmer has received much criticism, Gates hasn’t been the subject of complaint.

In August Ballmer announced he would retire within 12 months. The investors are now worried Gates could push for a CEO with antiquated views. Gates handed his CEO position to Ballmer in 2000, and in 2010 he gave Ray Ozzie his chief software architect position. Ozzie is regarded as a pioneer and best known for creating International Business Machines Corporation’s Lotus Notes. But he comes from the same era as Gates.

While Gates’s influence on the CEO decision is a legitimate concern, removing Gates now may be bad for investor confidence, said Carl Howe, vice president of research and data sciences at Yankee Group.

“To many investors today, Bill Gates still is Microsoft, even though he withdrew from day-to-day involvement more than a decade ago,” Howe told Epoch Times. “Insisting that he disengage from the company entirely now would hurt the company more than help it, simply because it would further undermine investor confidence in its future.”

A senior research analyst from AMR, Advanced Market Research GmbH, Duesseldorf agreed. “He is still one of the most influential people in the industry,” AMR stated, adding that while there are many who distrust Microsoft now, Gates has a positive influence. “I do not see him as a hindrance but rather a pioneer. And given his position and popularity, I don’t believe he holds the company back from finding new direction. Quite the contrary.”

But the investors are worried Gates holds too much power on the board despite his low financial stake, Reuters reported.

Gates is currently the largest individual shareholder with 4.5 percent of the $277 billion company. Under a preset plan, Gates sells about 80 million shares a year and will hold no financial stake in the company by 2018.

Before Microsoft went public in 1986, Gates owned 49 percent of the company. In 2000 Gates left his CEO position and founded the Bill and Melinda Gates Foundation. In 2008 he left operations at Microsoft entirely to focus more on his philanthropic work.

Microsoft was named the America’s Most Inspiring Company today by Forbes in a list of 25 compiled by consulting and training firm Performance Inspired Inc. After placing third and fifth the past two years, Microsoft topped the list partially for the company’s ties to Gates’s foundation.

“There is clearly an emphasis within Microsoft to give back,” said Terry Barber, chief inspiration officer for Performance Inspired. In speaking with their employees, Bill Gates is often quoted saying, ‘we have been given much and therefore much is expected of us.’”

Microsoft matches every dollar employees donate, up to $12,000, and has raised over $1 billion through employee giving since 1983. The company has donated to 31,000 nonprofit organizations in that time.