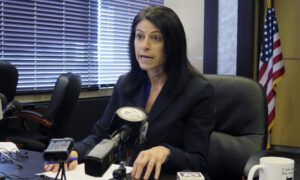 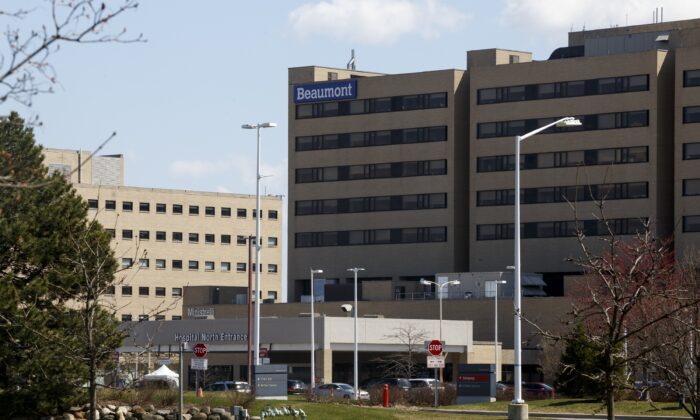 Michigan’s health director on Thursday acknowledged that the state’s COVID-19 death toll in long-term care facilities could be undercounted.

“Not all of those are reporting,” Elizabeth Hertel, the head of the Michigan Department of Health and Human Services, told members of a state House panel, referring to nursing homes and COVID-19 deaths. She said that long-term care facilities, which include nursing homes, that have 12 or fewer residents are not required to report such deaths to the state.

A state lawmaker pressed Hertel, asking her to confirm that not all facilities with 13 or more residents are reporting deaths and, therefore, the reported number of deaths is low.

“Yes, I would say that, yes, if we don’t have all of them reporting, there could be a contention that they’re not reporting deaths, or maybe they haven’t experienced any deaths,” Hertel said.

Michigan Rep. Steve Johnson, a Republican who chairs the state’s House Oversight Committee, said after the hearing that Hertel “admitted that the state does not have an accurate count of COVID-19 deaths in long-term care facilities.”

He plans to ask the Michigan Auditor General to conduct a full probe into the COVID-19 deaths at the facilities.

“Michigan’s residents deserve to know how many people have died as a result of the Governor’s deadly decision to place COVID positive patients in nursing homes,” he said.

Gov. Gretchen Whitmer, a Democrat, ordered nursing homes to take back patients recovering from COVID-19, the disease caused by the CCP (Chinese Communist Party) virus. The order was similar to one New York Gov. Andrew Cuomo issued. Cuomo later reversed his order. New York is being investigated by the Department of Justice over its nursing home deaths during the pandemic.

According to state data, 5,663 nursing home residents have died with COVID-19 as of mid-May. But the deaths are self-reported. And state officials reviewed nearly 1,500 other deaths that occurred between March through June 2020 and found 648, or 44 percent, were nursing home residents, according to records given over to the journalist Charlie LeDuff and the Mackinac Center Legal Foundation in a lawsuit settlement.

“The 648 deaths came from a vital records review we did for deaths between March and June,” Bob Wheaton, a spokesman for the Michigan Department of Health & Human Services, told Deadline Detroit. “That is not a review that we are able to do regularly due to how time-consuming it is and the amount of resources we need to devote to doing this.”

Appearing on LeDuff’s podcast, Steve Delie, a lawyer with the foundation said, “What they’re saying is, if you die in a hospital, we’re not going to go back and look if it’s a nursing home as your primary residence.”

Some 6,945 deaths in Michigan are classified as vital records review. Forty-four percent of the number is about 3,000. If the percentage held across the entire dataset, that would send the nursing home death toll soaring to nearly 9,000, or about half of the COVID-19 deaths the state has recorded.