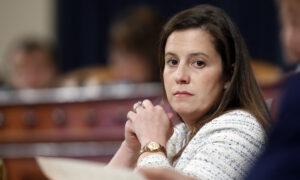 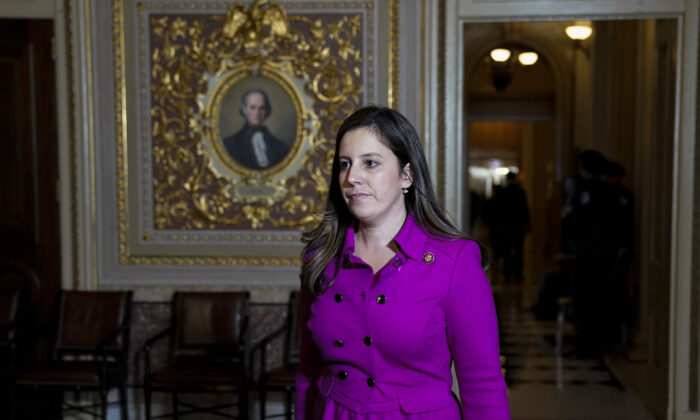 Rep. Elise Stefanik (R-N.Y.) walks to an office being used by President Donald Trump's defense team off the Senate floor during the impeachment trial of Trump in Washington on Jan. 23, 2020. (Drew Angerer/Getty Images)
Republicans

Rep. Elise Stefanik (R-N.Y.), the third-highest ranking Republican in the U.S. House, said on June 5 that she’s pregnant with her first child.

“We are absolutely overjoyed to announce that our small family of two will soon be three,” Stefanik wrote on Instagram, in a caption for a photo of herself with her husband. “We’re so excited to share that we are expecting a baby this fall and we cannot wait to meet our precious bundle of joy. Thank you for the warm wishes and prayers from so many. We are truly blessed.”

“You and Matt will be wonderful parents,” Haley wrote, referring to Stefanik’s husband.

“You will be a wonderful mother! Your sweet little one is going to be so proud of you,” McEnany wrote.

Stefanik, 36, and Matthew Manda were married on Aug. 19, 2017, in Saratoga Springs, New York. The couple moved to Schuylerville, New York, not far from the border of her congressional district, in late 2018.

News of Stefanik’s pregnancy came less than a month after House Republicans elected her as the party’s conference chair, replacing Rep. Liz Cheney (R-Ariz.). Cheney fell out of favor with fellow party members over her continued criticism of former President Donald Trump.