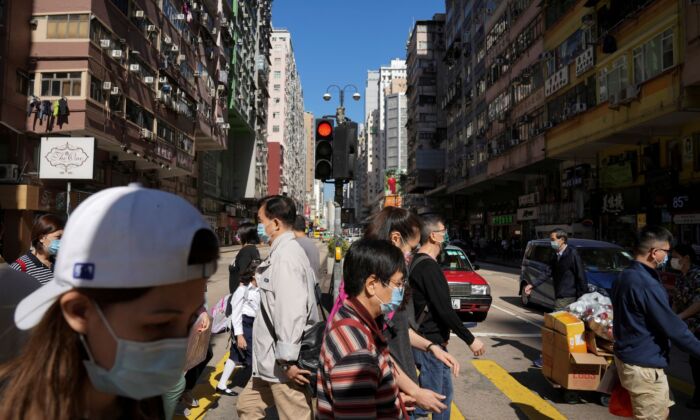 A large party attended by top Hong Kong government officials has sparked fears of a new Omicron cluster after a guest preliminarily tested positive for COVID-19. At least one official will be sent to a compulsory quarantine center.

The party was held for Witman Hung, the city’s delegate to Beijing’s rubber-stamp legislature, at a restaurant on Jan. 3.

Hong Kong leader Carrie Lam confirmed at a press conference on Jan. 6 that over 100 people attended the event.

“I must say I am disappointed,” said Lam. “As top government officials, there is all the more reason for us to set a good example and avoid attending private gatherings that may pose a major hazard.”

The city’s health authorities had advised residents to avoid mass gatherings, taking off masks, or taking photos without masks at a press conference on Dec. 31.

At least one official who was a guest, Secretary of Home Affairs Caspar Tsui, will be quarantined at a government facility after being designated a close contact of the COVID-19 patient.

Lam said authorities are still investigating whether eight officials will be classified as close contacts because they left before the confirmed patient arrived at the banquet.

Other officials present at the party included Hong Kong police chief Raymond Siu, according to Lam.

Over the past week, Hong Kong has locked down multiple residential buildings and tested thousands of people after Omicron clusters emerged in the city, many linked to several Cathay Pacific crew members who had broken isolation rules and dined at restaurants and bars before testing positive for the Omicron variant.

Starting Friday, restaurant dining will be forbidden after 6 p.m. for two weeks. Game arcades, bars, and beauty salons must also close during that period.