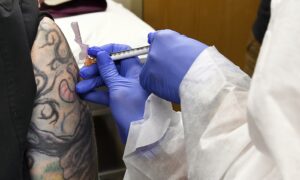 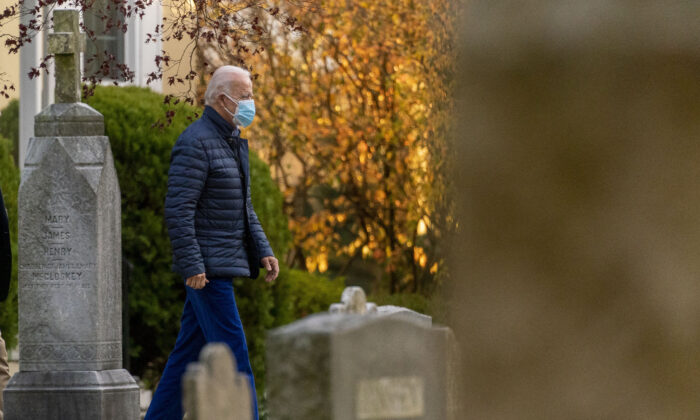 Several top health officials in President Donald Trump’s administration on Sunday rebutted a claim by Democratic presidential nominee Joe Biden that there is no “detailed plan” for distribution and administration of COVID-19 vaccines.

“With all respect that’s just nonsense. We have comprehensive plans from the CDC working with 64 public health jurisdictions across the country, as our governors have laid out very detailed plans that we’ve worked with them on,” Health Secretary Alex Azar said during a virtual appearance on “Fox News Sunday,” referring to the Centers for Disease Control and Prevention, a federal health agency.

“There are plans. There are videos that describe how to do it, because these are special conditions, given the cold chain, very cold, particularly with the Pfizer vaccine,” Dr. Moncef Slaoui, chief adviser for Operation Warp Speed, added during a virtual appearance on CNN’s “State of the Union.”

Operation Warp Speed is the Trump administration’s effort to speed the development of vaccines and therapeutics for COVID-19, the disease caused by the CCP (Chinese Communist Party) virus.

Biden told a press conference on Friday that the Trump administration “clued us into their planning on how they plan to distribute the actual vaccine to the various states.”

“But there is no detailed plan, that we’ve seen anyway, as to how you get the vaccine out of a container into an injection syringe into somebody’s arm. And it’s going to be very difficult for that to be done and it’s a very expensive proposition,” he added.

Federal officials have regularly in recent months outlined how COVID-19 vaccines will be distributed upon their approval. Officials on two separate occasions last week spoke about the matter.

The Department of Health and Human Services and the Department of Defense held a joint briefing on Dec. 2 to talk about plans to distribute and administer the vaccines. Vice President Mike Pence a day later shared details about the plans.

Azar said the Trump administration is leveraging pharmacies, hospitals, public health departments, and community health centers in the plans to distribute the vaccines.

“This is being micro managed and controlled by the United States military as well as our incredible private sector. We do hundreds of millions of vaccinations a year, we’re leveraging the systems that are known and that work here in the United States,” he added.

Biden has declared victory in the Nov. 3 election and has started moving forward with a transition team in the expectation that he will be inaugurated next month. Trump is contesting election results in key battleground states and his campaign is working to convince state legislators to take back control of selecting electors. The Epoch Times isn’t calling the race at this time.

Two companies have filed emergency use applications for COVID-19 vaccine candidates. The Food and Drug Administration, which reviews the applications, is holding a meeting on Pfizer’s candidate on Dec. 10 and Moderna’s vaccine seven days later.

Slaoui suggested Biden’s apparent confusion over vaccine plans may stem from a lack of contact with the Democrat’s team.

“We haven’t had a chance yet to sit down with the transition team and explain in detail everything that has been planned and been done. We look forward to that happening. We actually, I think, have a meeting planned later this week,” he said.

“I do think that part of the plans or maybe part of the confusion is—part of our plans is that the jurisdiction and the state health agency in each states [sic] are going to take on the responsibility and accountability of actually delivering the vaccine,” he added on CBS’ “Face the Nation.”

“But there are videos, there are explanation[s] exactly how to go about it. We plan to have all the ancillary material, the syringes, the needles, the swabs, everything co-localized with the vaccine. So, I think the plans are there. And I feel confident that once we will explain it, everything in detail, I hope the new transition teams will understand that things are well planned,” he said.