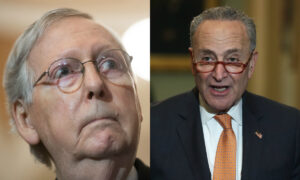 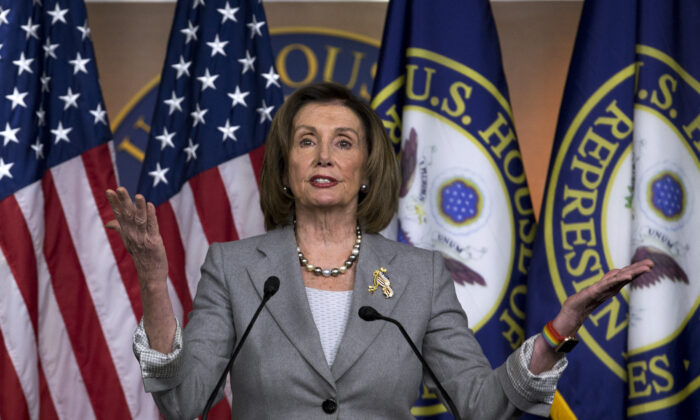 House Speaker Nancy Pelosi (D-Calif.) and her two top deputies urged caucus members not to clap or cheer during or after a vote to impeach President Donald Trump, according to reports.

The House is voting on two articles of impeachment against Trump on Wednesday evening. The votes are tentatively scheduled to take place no earlier than 6:30 p.m. Democrats appear to have enough votes to impeach Trump.

In a meeting on Tuesday, Pelosi, House Majority Whip James Clyburn (D-S.C.), and House Majority Leader Steny Hoyer (D-Md.) instructed Democrats “to refrain from any kind of celebratory cheers on the floor after the House votes to charge Trump with abuse of power and obstruction of Congress,” Politico reported.

Sources told CNN that Pelosi and her staff “have instructed her caucus to show unity and not to gloat at all during the proceedings.”

Pelosi and her staff have instructed her caucus to show unity and not to gloat at all during the proceedings, per multiple sources. She wants the public to see Democrats as taking this moment seriously and not be seen as cheering the President’s impeachment, members say

“She wants the public to see Democrats as taking this moment seriously and not be seen as cheering the President’s impeachment, members say,” CNN reported.

Democrat leaders have repeatedly described the impeachment inquiry as “solemn” and said it was “sad” they felt forced to undertake the investigation into Trump.

At least several Democrats will be voting against the articles of impeachment—Reps. Jeff Van Drew (D-N.J.) and Collin Peterson (D-Minn.) plan to vote against both articles, while Rep. Jared Golden (D-Maine) said he’ll vote against the obstruction of Congress article—making it a bipartisan vote. Pelosi and other Democratic leaders have said they wouldn’t pressure members to vote for impeachment.

White House press secretary Stephanie Grisham, meanwhile, told “Fox & Friends” that Pelosi moved forward with impeachment because she was “held hostage by a very, very radical group within the Democratic Party, and I think that she was pressured to do so.”

“She overplayed her hand, and now she has to see it through,” Grisham said.