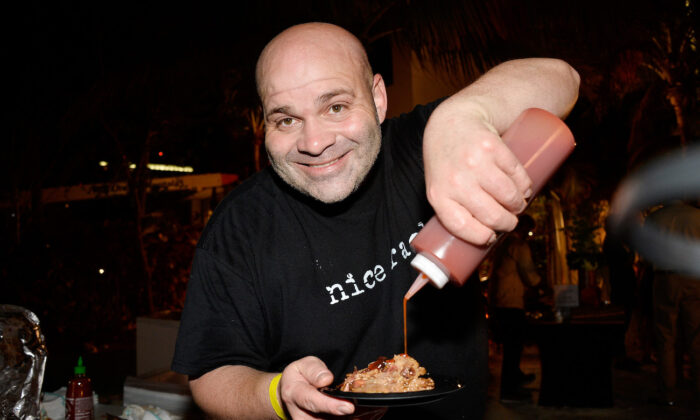 Howard “Howie” Kleinberg, a personality on Bravo TV’s “Top Chef” series, has died after suffering from a heart attack. He was 46.

His mother, Susan, confirmed his death to the Miami Herald newspaper that he died over the weekend. The obituary for Kleinberg said he had passed away “unexpectedly” on July 22.

“I am just finding out how many lives he touched,” Susan told the paper. “He was married to his passion in life, which was his cooking.”

Kleinberg, both in Florida, was known for having competed in the third season of Top Chef in 2007, coming seventh place in the competition.

To his friends and family, he is known as “Chef Howie.”

After competing on Top Chef, Kleinberg opened his own restaurant called Bulldog BBQ in Miami in 2008. The restaurant was inspired by his love of barbecue and summers spent in North Carolina, according to his obituary.

After the restaurant closed ten years later, Kleinberg spent time as executive chef for the Anderson, a cocktail bar in Miami, according to the Miami New Times. The outlet said that in March 2022, he joined as executive chef at Peacock Garden Resto Bar + Grill, a fine dining restaurant in Miami.

Kleinberg also participated annually in the South Beach Wine and Food Festival. This was a “great source of pride for him,” his obituary reads.

“Howie is survived by his mother, Susan Kleinberg Ratner and stepfather, Ken Ratner. His sister, Amy (William) Wildstein and their three children Whitney, Lindsey, and Phillip and his beloved dog Skye.”

In a statement, Bravo TV said that the Top Chef family is “saddened to learn about the unexpected passing of Howard Kleinberg.”

“Howie’s passion for cooking filled so many and our deepest sympathy goes out to his family and friends.”

Kleinberg also supported various causes, including regularly contributing to “Taste of the Nation,” an event that tours the United States to raise money to end childhood hunger in the country.

The chef also raised money to help pet shelters, and owned a rescue dog named Skye at the time of his death. The dog has been adopted by a high school friend.

His family asked that any donations in his memory may be made to Bullies-N-Beyond Rescue or to Feeding South Florida.