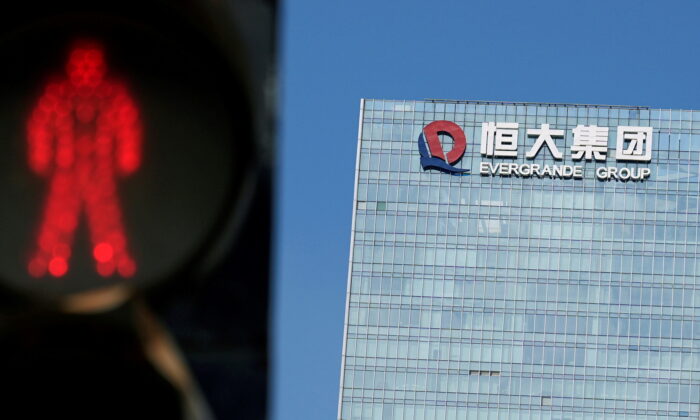 Recently, the Chinese Communist Party (CCP) announced that the two highest-ranking authorities of Guangzhou were removed from their positions for “the massive removal of Banyan trees in the city,” as reported by local media.

However, analysts have suggested that the two officials’ connection with the distressed real estate developer Evergrande may be the actual reason for the unconventional dismissal.

At the 60th session of the 15th Standing Committee of the Guangzhou Municipal Council, the committee announced that it had “accepted Mayor Wen Guohui’s resignation request.”

Furthermore, on the same day, the CCP approved the “removal of Zhang Shuofu’s position as Guangzhou’s CCP Secretary” and that “he would be given other duties,” as reported by the Guangdong provincial media, Nanfang Daily, on Dec. 3.

Despite popular opinions, some analysts have expressed a contrary viewpoint.

In an EBC news program, “Crucial Moment,” taped on Dec. 11, Taiwanese news commentator Li Zhenghao suggested that it’s highly implausible for the CCP to remove its own officials “just for cutting down some trees in the local area,” and the dismissal was clearly affected by the Evergrande crisis.

Evergrande Group, China’s second-largest property developer, was officially declared in default by credit rating agency S&P Global on Dec. 17 after missing payments due on Dec. 6. The group’s headquarters are in Guangdong Province.

“Simply put, the Evergrande is too big to fall,” Li said, “With trillions of yuan, interconnecting hundreds to thousands of banks, the Evergrande crisis could generate a huge domino effect covering the entire financial sector of China, rendering one-third of all bank loans into bad debt.”

In an episode published on Dec. 5, it elaborated on the unusual aspect of the dismissal, stating that “public discontent or corruption is never the main concern of the CCP when it comes to dismissing authorities,” and the only reason that could affect one’s position is its political stance.

“As for Evergrande, [its founder] Xu Jiayin cannot possibly build such an enormous real-estate giant in Guangzhou without the help of local and central authorities,” the Caijinglengyan episode said. “Now the top levels of the CCP were irritated by the fact that Xu is using his company to leverage with the CCP, so the CCP removed them (Wen and Zhang).”

Caijinglengyan implied that CCP leadership would be worried over the Evergrande situation and what it could lead to.

“Ultimately, what’s at stake following the default of Evergrande, is how it could affect the credit system in China, and how it plays out in the international world of finance.”