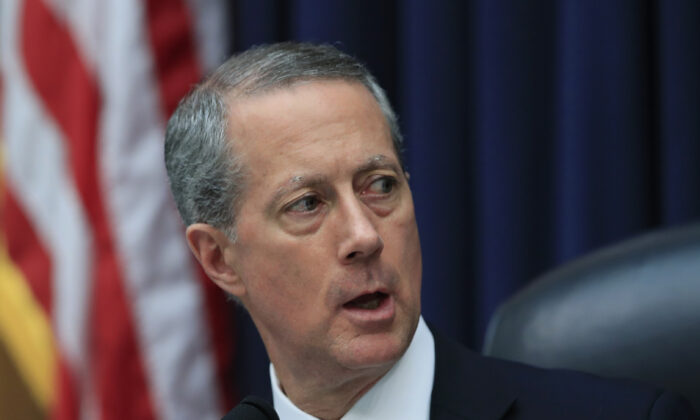 Speaking on ABC News’ “This Week,” he was asked by host Martha Raddatz about the Republicans’ strategy to push back against the allegations that have were unveiled during the impeachment inquiry.

“I believe it’s inappropriate for a president to ask a foreign leader to investigate a political rival. Now that leads to a question: If there’s a political rival with a family member who is involved in questionable activity, what do you do?” Thornberry told the news outlet on Sunday morning.

Thornberry, along with the entirety of Republican side of the House, voted “no” on the House impeachment inquiry resolution last month.

The impeachment inquiry is focused on a July 25 call between Trump and Ukrainian President Volodymyr Zelensky. Trump asked his counterpart to “look into” former Vice President Joe Biden his son, Hunter, who was on the board of Ukraine-based energy company Burisma.

Democrats have alleged Trump withheld military aid to Ukraine in exchange for an investigation, which Trump has denied. However, a transcript released by the White House of the call shows that Trump didn’t mention any kind of quid pro quo. Zelensky has also publicly denied there was any pressure from Trump during the call.

Democrats leading the inquiry recently released transcripts of depositions of current and former federal government employees that were obtained during closed-door meetings. Some of the officials have alleged that a quid pro quo may have existed.

Trump, on Friday, blasted the Democrat-led process over the inquiry and for their upcoming public hearings.

“They shouldn’t be having public hearings. This is a hoax,” Trump told reporters at the White House.

“I’m not concerned about anything,” Trump also told reporters. “The testimony has all been fine. I mean for the most part, I’ve never even heard of these people. There are some very fine people. You have some Never Trumpers. It seems that nobody has any first-hand knowledge.”

The president then elaborated on his view of the depositions and transcripts.

“It’s ‘Let’s find the 10 people that hate President Trump the most and let’s put them up there,’” he told reporters.

Trump on Friday said he is willing to release another transcript of an April 2019 phone call between him and President Zelenksy, which came about three months before the July 25 phone call that has also come up during the impeachment inquiry.

On Saturday, he suggested that the transcript would be released on Tuesday, Nov. 12—one day before the impeachment inquiry goes public.